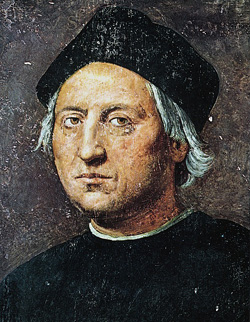 For years the North End and East Boston have celebrated the historic 1492 voyage of Christopher Columbus. This Sunday, October 9th will be a different day than before as beginning at 10:00AM the City of Boston will gather at Christopher Columbus Waterfront Park as opposed to prior years when this day began at City Hall Plaza, a public space in Bostons Government Center.

Locals and visitors alike from all over the world will come together for what is sure to be a memorable occasion. Hosted by the Friends of Christopher Columbus Park, the annual festivities begin with fun games and entertainment for all ages and will take place on the parks lawn for a true family-friendly experience. Shortly after at 10:45AM, a marionette show, magicians act and City Stage actors will entice the crowd and build up the excitement for the forthcoming events that will soon follow.

The grand parade will commence at 1:00PM at the Christopher Columbus Statue, where Mayor Thomas Menino and other high ranking individuals will kick off the afternoon by laying a wreath at the statues base. From here the parade marches on until it reaches Endicott Street where it will end.

Organized by the Columbus Day Committee, this years parade is ever so important. Moreover, this is because it will be held in honor of another influential man who passed in March of this year, Mr. Michael A. Nazzaro Jr. This man, who served in World War II and was an honorary Sergent Major was a prominent and well known figure in Bostons North End and his legacy is what this day is all about. The parades goals are for honoring our veterans, those currently serving in our military and those who made the ultimate sacrifice in order to protect our freedom as Americans. This, coupled with the cultural pride that the Boston Waterfront and North End residents want to share with everyone sets up this Sunday as one to remember our past, and one to celebrate our future as Bostonians, Americans, and greater Global citizens.