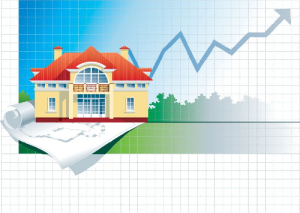 When there are price fluctuations of roughly 3% or even less, that is a great reason for one to speculate that the market is in a stabilization stage. This notion, along with much more detail, was shared by the President and Founder of Local Market Monitor, Ingo Winzer. He discusses certain metropolitan locations that are the most likely to have a continued market rebound in real estate in this new year.

With the help of Local Market Monitor (LMM), a real estate research firm, Mr. Winzer and other economists and investors were aided by LMM for retrieving economic and housing statistics from the top one hundred most populous cities, professionally defined as Metropolitan Statistical Areas and Metropolitan Divisions. The altering population numbers from 2006-2009, the change in the unemployment rate, home prices over the past year and comparing these same prices currently to three years ago, the rate of new construction from 2011s third quarter differentiating from the same quarter in 2010, and finally, the anticipated growth in jobs over the next year were all measured to narrow this list down.

From this, Forbes.com put together a group of the ten cities from the surveyed one hundred that are the most ripe for a complete turnaround in the real estate field. What these ten had in common is that they all indeed did hit a bottom, although at a very incremental level of three or less percent of a decrease. This is a massive difference when matched up to the drastic double-digit decreases in home prices that have been realized through much of the country.

Construction in The Greater Boston Area, with all of our first-rate Universities and Institutions, the booming bio-tech industry and financial services companies, is set to seriously improve in the near future. With such high employment, a lack of a housing boom, and a minuscule 5.7% unemployment rate, it seems obvious that neighborhoods around Boston have found themselves mentioned on Forbes list of the Most Expensive ZIP Codes nationwide of late. There appears to only be good things ahead for Boston in the business of real estate, and we are delighted to go along with the ride as our market continues to strengthen.