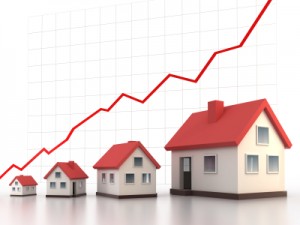 38.8% Increase in Pending Sales for March

Massachusetts, you keep outdoing yourself. Once again, we have realized a significant improvement in the field of real estate for the most recent month of March of 2012. The odds have been defied again. As we have mentioned in a past blog, the Spring Market, as it is termed, is usually a time when activity in this business thrives. Generally much of this can be attributed to the warmer temperatures, and no more was this apparent and a truly relevant statistical measure than this year with how mild the weather has been, as we also shared in this blog about Cape Cod real estate.

Compared to March of 2011, this March saw a massive 38.8% increase in the number of pending home sales across the State. Pending home sales, it should be noted, refers to properties that have an accepted offer to purchase and are in the stages of completing the transaction. Perhaps the most optimistic figure for those who are invested in real estate is that this marked the eleventh month in a row with a percentage increase over the corresponding month a year prior, which is an astonishing feat to say the least.

June of 2011 was the only time in recent memory where pending home sales reached a level of over 4,000. Well, it comes to be known that in March of 2012 this number climbed to 4,519 for pending home sales in Massachusetts, blowing away any preconceptions that the market for this new year would begin in flux. Looking also to condominiums, the numbers garnered for the past month show a still staggering 30% increase in pending sales year-over-year with March of 2011 as well.

When a home is under agreement it typically can take roughly six weeks or so for this to become a true closing sale of a property. Therefore, with regards to February, 2012, it can now be concluded that of the pending sales agreements that eventually saw the sale close, there was a 33% increase in total home sales for the month over February, 2011. These numbers are even higher than the improvement across the country that we blogged about. For Massachusetts, this displayed the best numbers for February in the past five years! What recession?

There is no doubt that 2012 is the year of the head-turning real estate market; it is time to pay attention again. Every month seems to be picking up the momentum passed to it from the previous, and the cycle continues and picks up steam. It is an nothing but an exciting and fast ride to be in the business or looking for the property of your dreams today in The Greater Boston Area.