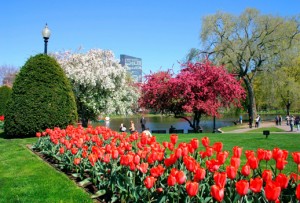 The next five years are going to be quite a time for change in Boston. Mayor Thomas M. Menino today announced some fascinating plans for the near future. Overall, roughly $1.8 Billion is to be spent on various Boston upgrades within the next five years. These will be focusing on three hundred and thirty-six improvements such as the massive Dudley Square project.

For this year alone, Menino is calling for $90 Million to be dedicated solely for the improvement of dozens of parks and recreational spaces. His capital plan is due to command municipal bonds to help finance the upgrading of these ninety six parks, forty miles of roads and many of the pools around the city of Boston.

A recent filing for a $2.4 Billion budget by the mayor for 2013 includes funding for about sixty-four new teachers and one hundred new firefighters and policemen to be hired. Spending within the school system as well will receive $26 Million for the year according to this proposal. Overall, it seems rather astonishing to even believe that there are ninety six parks within the city to begin with, and this dedication to the people of Boston and to the citys prolonged successful future shown by Mayor Menino is certainly commendable and exciting for us all to say the least.