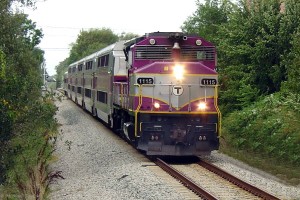 The Massachusetts Bay Transportation Authority, or MBTA or even simply the T, is making serious strides to distance themselves from the rest of the rail systems across the country. From something that began as a connector from Lowell to Boston in 1830 as the first breakthrough for intercity railroads, this public operating company continues to evolve and improve their services and are leading the way in doing so.

From our recently reported blog regarding their project to build 8,500 solar panels in Dedham, Massachusetts, there are many developments on the horizon for the MBTA. Now the MBTA is in partnership with Masabi US Ltd, a mobile ticketing pioneer, to establish the technology necessary to make travelling in and around the city of Boston even easier. The goal is to not only improve fluidity of the MBTA for consumers, but it will also make it even more affordable to run for the company. For this coming Fall of 2012, there will be mobile ticketing options for commuter rail riders with the usage of their Android, Blackberry or iPhone smartphone devices. Individuals will be able to purchase their tickets on their phones and thereafter use their phone screen to display the tickets barcode to be scanned.

Currently, less than half of the 140 commuter rail ticket stations have fare vending machines, thus causing most of the customers to purchase a pass onboard with cash. With these new implementations, there will be a continuous lack of need for these machines as we go forward, causing MBTA to save a great deal of money as well as lower cash handling costs. Conductors will be equipped with Masabis mTicketing solutions such as scanning/validation software, consumer-facing applications, payment integration and backend servers capabilities.

In the next few summer months, the MBTA will be hosting focus groups discussing the design of these mobile applications as well as having a small group pilot for the public customers to participate in. As the first rail system in the country to come up with such a groundbreaking and efficiently modern idea, the MBTA is sure to stir up a movement for improvement nationwide.