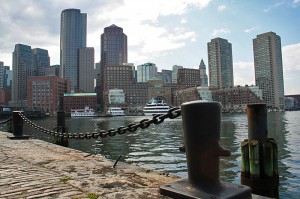 Boston: The Nation's Next Big Tech-Sector

Much of what has been mentioned on our blog circles around the Real Estate markets vast improvements over the first quarter of 2012. If we look at Massachusetts as a whole and take a step back from the focused Real Estate market, it is understood that one of the central reasons for such a strong performance of late is largely because of the local economys position as a whole.

Due to Bostons growing technology sector that has frequently been mentioned, as well as our business spending, it was found that the Massachusetts economy has more than doubled that of the greater United States economy in terms of growth. Consumer spending as well as consumer confidence have risen as the local unemployment rate fell from a previous 6.9% in December of 2011 to 6.5% in March of 2012. It must be noted that for the whole country, the unemployment rate for March was much higher at 8.2%. Sales in the Massachusetts high-tech sector have also been on the rise, with a boost in global semiconductor sales which proves even further the accelerating technological side of the economy.

So how much did the economy truly outperform that of the greater Nations? The US Commerce Department reported that the State of Massachusetts economy grew a lofty 4.5% in 2012s first quarter which was up from their growth of 2.9% that the last quarter of 2011 experienced. For the United States, their economy improved by just 2.2% in the first quarter for 2012 which was actually down from their growth in the fourth quarter of 2011, being 3%.

As Massachusetts continues to be a leading example for recovery with regards to the economy, the State has also done so in terms of reviving the housing market. As the employment situation follows its positive trend, household income will begin to climb again. This ultimately will lead to more spending in not just Real Estate, but in all of our markets. It is this circulation of capital amongst all local industries that will be the recipe for a lucrative future for The Greater Boston Area, one dedicated to prosperous and prolonged growth.