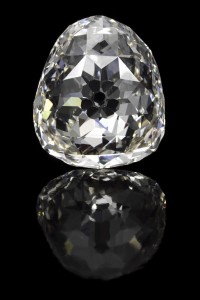 Recently there was another jaw-dropping occasion that took place at a Sothebys Auction House. The Sothebys Geneva sale of Magnificent Jewels and Noble Jewels in accompaniment with various jewels from individual owners all but sold at auction. A very impressive 94% of the jewels sold and the total value achieved reached $111,836,526, a new record that surpassed the previous record of $105 Million from November of 2010.

One of our previous blog posts detailed the Sothebys Auction House selling The Scream for a record amount for a painting of close to $120 Million. Evidently, buyers are openly looking to spend their money, be it for paintings, real estate and jewelry it seems. This auction lasted two days and accounted for some staggering figures. A total of twenty-four lots of jewels sold for more than $1 Million.

The most expensive and far and away the most widely known piece was The Beau Sancy, which earned $9,699,618 upon its sale. For the 34.98-carat double-cut, modified pear gem, pre-auction estimates only had it selling for $2-$4 Million. It has been handed down through over four-hundred years of generations of royals in France, Prussia, England, The House of Orange, and was initially worn by Marie de Medici in 1610 at her coronation as Queen Consort of Henri IV. This valuable jewel only further aided the auction in breaking the past total record from 2010 as mentioned above, truly making this a memorable and groundbreaking occasion.

When looking to the Noble Jewels that sold, the most reputable one had to of been that of the over ninety year-old The Murat Tiara which garnered $3,872,875. Designed by Joseph Chaumet for the purpose of the marriage bringing together Prince Alexandre Murat to Yvonne Gillois, this jewel also out-performed experts by more than doubling pre-sale low predictions. It seems as no surprise though that such impressive results were being realized. The Murat Tiara, as is understood, has one of the largest natural pearls ever to be in existence on its tiara, with an astounding measurement of 303.37 grains.

As for the various private owners collections, the one from Suzanne Belperron was one of the more successful ones, realizing a $3,459,307 in earnings. It just goes to show that there are many privately held jewels that have been passed down through generations that have been vastly forgotten in the public realm. However, it is exciting to know that with such positivity coming out of the auction that the economy and willingness of the public to spend is improving, and that in due time more of these jewels with vast noble provenance will soon to come to auction.