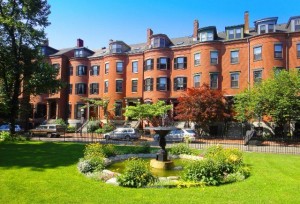 Only mere days ago did we report in a blog about the important strides our local Real Estate markets have encountered of late, especially comparing Aprils final results to those of March. Well now, CBS Boston has shared Anthony Silvas report for WBZ NewsRadio 1030s New England Business Editor about April 2012 compared to that of 2011.

In brief 1:18 long report, which can be heard at the link at the base of this blog, Silva shares some very astonishing details about just how strong our market is looking to be for the rest of 2012. For single-family homes, April of 2012 realized a boost in sales by 22% compared to the same corresponding month for 2011.

The Warren Group also indicated that for Massachusetts as a whole, nine out of the last ten months have shown year-over-year improvements for single-family home sales. The major reason for this steady improvement is of course the low mortgage rates, improving job market and the propensity for prices to increase in the future. Overall, the median sales price for Aprils final results showed a 1% increase, up to $275,000.