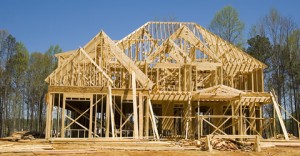 Since roughly 2009 there has been a consistent shrinking in the average size for a newly constructed single-family home. The U.S. Census Bureaus most recent completed data of course comes from 2011 where 2,480 square feet was the norm for new properties. Looking to 2010, this number was only 2,392 square feet and in 2009 it was slightly more at 2,438 square feet. Evidently, the peaks and valleys of this average are on the up again, and with much positivity and optimism leading us through 2012, it seems likely that these increases may just continue on an upward trend.

It was determined that for 2011, 40% of the homes built had four or more bedrooms within the residence, while 20% of all homes also had a garage that could house three or more vehicles. David Crowe, the Chief Economist at the National Association of Home Builders, noted that Americas renewed infatuation with luxury homes largely is due to the mortgage lending environment of late.

The economic recession taught us one thing about real estate; that people were less willing and able to spend on the home that they truly want. This reluctance to put ones faith in the Real Estate market instead forced families to settle with a property that would simply get them by, barely satisfying their wishes but only taking care of some of their essential life needs. Today, those that are more likely to be approved for a mortgage are those who are slightly more well off and have a heightened desire for larger estates. Crowe also mimicked this inkling in stating that those who are actually able to purchase a property are the only ones who can get the credit approval for a mortgage. Thus this eliminates the smaller segment of the population who only want smaller newly constructed homes because that is all they can afford.

In two past blogs, one mentioned about how new home construction is up 30% over the past year, as well as one detailing how this Spring has been the best in the past five years for luxury home construction. If these statistics hold true, and when coupled with these findings that the average square footage of newly built homes is also on the up, it is only a positive thing.

An individuals enhanced willingness to spend means a greater confidence in the economy and the Real Estate market as a whole nationwide. It also necessitates that there be a great deal more materials needed to be purchased for each larger property, as well as the added manual labor that construction workers will ultimately benefit from. All in all, this is a remarkable notion when considering 2012s vast successes in the market thus far on top of the already growing average square footage per home.