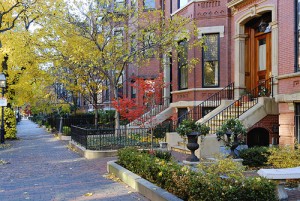 Successful Month of May for Massachusetts Real Estate

In Massachusetts and certainly in Boston more specifically, we have been very fortunate to receive such optimistic results regarding the performance of our Real Estate market, especially as 2012 has really taken off. Month over month the news keeps getting better and this domino effect is once again present as the final numbers collected from May of 2012 can now be shared.

According to the Massachusetts Association of Realtors, pending sales for single-family homes reached 5,267 in May which was an improvement by 32% over the same month of May for 2011. In addition, this number being over 5,000 was the first time that such a plateau has been achieved for any month since the MAR organization began collecting this pending sales data in January of 2009. In continuation of this uplifting news, it comes to be known that nine of the last ten months have seen single-family home sales go up and this is something that hopefully will continue to drive us through the rest of 2012.

For pending home sales statistics, we reported in another blog regarding Aprils results that these numbers also climbed for an astonishing twelfth straight months in the State of Massachusetts. Along these same lines, another one of our more informative and recent blogs discussed how April outperformed March of 2012 not just in this State but across the whole country. What we are primarily concerned with is our local markets and economy of course, and once again we shared in a wonderful blog about how Aprils final results from 2012 not only exceeded those from March of this year, but also realized a serious boost in sales when compared to April of 2011 as well.

Furthermore, pending condominium sales also were on the rise for the thirteenth month in a row up to 2,216 in our local markets. The mortgage activity is also seeing an injection of attention lately from a jump in refinancing due to record-low interest rates and an improved federal Home Affordable Refinance Program. Focusing in on the mortgage situation in Massachusetts, there has been 28% more business in the first four months of 2012 compared to that of a year prior.

So far, our fingers can now be loosened to be slightly less crossed and our breath can be let out a tad from being desperately gasped in fear of what the future holds for our Real Estate market. These times of vast uncertainty is in the past. With a knock on wood we can only hope that we do not incur any setbacks and that 2012 will continue to bridge us towards many forthcoming years defined by success and growth.