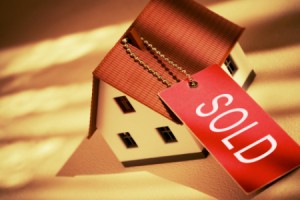 Home and Condominium Sales are Increasing

This has definitely been one of the best Spring seasons a Massachusetts Real Estate market has ever endured. We have seen some very positive changes throughout the first half of 2012 thus far and in many circumstances it has come as quite of a shock at just how drastic these improvements have been.

Looking to home sales, Mays records indicate a 35% increase compared with the same monthly period in 2011. This percentage bump was the highest seen since June of 2010 and for the first time in recent memory there was an even larger jump for condominium sales. May of 2012 up against May of 2011 showed an even more impressive 50% boost for this sector of the market as well.

Despite these positive inclinations about where the market is headed, the median prices achieved from these home sales have not realized as drastic of a change. Moreover, not much of a change at all has even happened across the State. Single-family homes saw this number fall 3% to $289,950 in May of 2012 looking at year-over-year statistics. Condominiums, meanwhile, rose to about $290,000 which was a 1% improvement. The reason for this disparity in sales for homes and condominiums, at least according to The Warren Group, is perhaps due to the fact that more lower-priced homes are selling coupled with the issue of there being accelerated foreclosure activity for single-family homes.

Looking closer to the city, The Greater Boston Association of Realtors shares that these numbers from the State as a whole are quite polarizing compared to the status quo in the metro areas in and around Boston. Single-family homes here climbed 1.3% to $465,000 in May of this year over May of 2011. Condominiums also are on the up with a 4.4% increase to $381,000. In a recent blog post, we highlighted how there has been a serious lack of inventory in the city that has been met with a relentless high demand for property. The Greater Boston Association of Realtors even point out that this decrease in properties on the market is being felt all across Massachusetts where it is down 13.7% in May year-over-year. For Boston in particular, this in turn has resulted in a net increase in sales prices as well as a massive decrease in the average days on the market for a listing.

Now on an even broader scale, S&P/Case-Shiller Home Price Indices state that home sales across the nation are also up 1.3% in April of 2012 compared to March of this same year. Evidently, there is a positive outlook leading us through this year nationwide and even more so on a magnified level focusing on Boston. Time will be the key factor in determining whether this momentum can continue to build and for just how long. We are either in the midst of the beginning of yet another housing boom or something that will only gradually climb by increments of a degree.