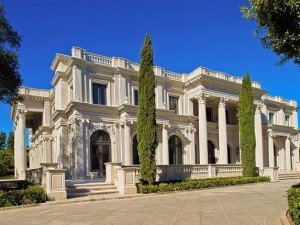 It has been highlighted about just how fast the Sothebys brand has been growing of late. One place certainly worth mentioning that we decided to blog about concerned the expanding Sothebys presence in Asia. Not only is Sothebys branching out at an exponential rate there as well as other areas around the World, but it is this sector of the global population in China in particular that is truly picking up steam as it relates to their total investment in our local Real Estate markets.

It has been frequently reported about the rapid rise of countries such as China of late, especially with the apparent downfall of the United States as a long-term economic hegemon. Despite the fact if you are a believer that the United States can weather the storm and continue to literally dominate many of the financial and other markets worldwide, China is nonetheless making ground. Now, we are seeing this not just in U.S. Bond purchases nor businesses but it is also becoming true in Real Estate transactions.

Throughout the past year through June of 2012, those twelve months accounted for $9 Billion spent on Real Estate in the United States by Chinese purchasers. This, in turn, represented 11% of the total foreign spending in this country during that allotted time period. Looking at all foreign Real Estate investment as a whole, only Canadians purchased more property during the past year with $19.8 Billion in purchases.

What is in it for China? Those with the purchasing power to actually afford the generally more expensive lifestyle in the United States find it as a unique opportunity to buy. The Real Estate markets in China are skyrocketing at an alarming rate. Great if you are a seller, but without a doubt quite risky if you are a buyer due to such inconsistency. In addition, the secure property rights as well as the higher quality building standards makes it a more reasonable investment.

The more recent report regarding this trend for Chinese home buyers came not long ago in Hollywood, California where a young couple purchased a $34.5 Million, 36,000 square foot French-style mansion. Their names are Ning Siqiao and his wife Karen. What about who are their neighbors you might ponder? None other than A Listers such as George Clooney, Jennifer Lopez and David Beckham. It seems as no wonder why a home as such commanded such a sales price. This nine bedroom home, whose views even overlook Sunset Boulevard, is outfitted with 24-karat gilded French chandeliers and hand-carved limestone throughout which all sits high atop of its two acres of land.

There is some controversy, however, relating to the owners. Both stated as being entrepreneurs in the press, the seems to be some doubt as to whether the man, Ning Siqiao, is of political Chinese descent. Ning, which is not a very common family name in China, is also the first name of Ning Gaoning, who under the state-owned Chinese conglomerate COFCO was the Chairman. It is therefore highly speculated that Ning Siqiao is indeed a member of this family and is attempting to keep his identity quiet.

Although this seems rather odd and certainly far fetched, there actually was a very similar incident not too long ago in Australia. It was here just outside of Sydney where a $32 Million estate was purchased by another young Chinese couple. Initially, their aspirations of keeping this headline kept the owners themselves out of the press, the purchaser was soon found to be none other than Zeng Wei, the son of Chinas former vice president Zeng Qinghong.

Regardless of whether Ning Siqiao also hails from such a family, the most important thing to take from this is that foreign investors are flocking to the United States more than ever before. It is thus incredibly important that Gibson Sothebys International Realty be just as prepared as ever when dealing with clients. We will continue to meet the varying needs and cultural expectations that people from all corners of the globe have come to assimilate with the excellence that is the Sothebys brand.