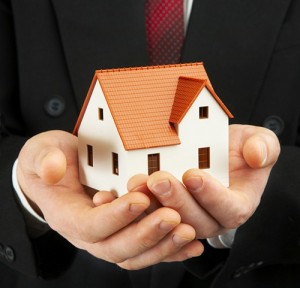 US Real Estate Market, It is Picking Up

The Real Estate market improving is not only beneficial to Realtors, but it reflects a broader sentiment felt throughout all of society. One that gives the strongest inkling of a prospering economy, where individuals are willing, able and confident enough to invest in their future with the purchase of a home. The housing boom, now that we can reflect upon it, was a serious learning curve for most Americans. Indeed it was a good ride but it was a fantasy ride at that which undoubtedly has a finish line. Now, we are slowly beginning to see the remnants of yet another housing boom, perhaps. At least, though, we are experiencing a tail wind helping the market along as opposed to the relentless head wind that the industry has endured over the past five or so years.

There are many worthy statistics to point out that reflect the above sentiments. The month of May for 2012 showed a 10% increase in homes sold nationwide when compared to the same month a year prior. As we have reported in a past blog about how well our local market has been doing, this above stat shows just how widespread the positivity in the industry truly is.

Inventory levels are also down. While previous years have seen a surplus of inventory leading to a decrease in the average prices of a property, the current higher demand in the market has shown prices to be more stable. Spring seasons, as they are in Boston, are also the most popular throughout the nation. This has had a consistent trend with the median sales price achieved showing that as Spring ends so do prices fall. The more stable the inventory to levels seen when the housing industry was thriving, the less fluctuation there will be in the prices, experts agree.

Even the construction industry has began to grow, as we also mentioned in a past blog. May of 2012 compared to May of 2011 saw 26% more single-family homes being built. Despite this, there is not a resulting overwhelming vacancy at these addresses as the stock is back to levels from the year 2005. Looking to the nations economy, there was a 1.9% growth rate during 2012s first quarter. Construction, meanwhile, accounted for 0.4% of that total, a very positive number indeed.

Throughout the past few years it has been very difficult to have any sort of confidence in where we place our dollars and cents. With so much optimism coming from an array of complementary industries, the Real Estate market is prime for another takeoff. No longer shall we throw around the term rebound. This is because experts, agents and even the general publics own perception of the future direction of the market all are as favorable as ever.