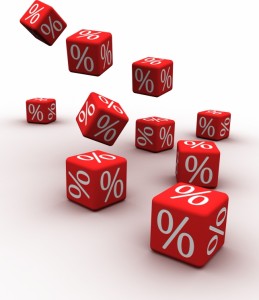 A couple of weeks ago we posted a blog determining that the 30-year mortgage rates plummeted to 3.62% and despite these record findings things have showed no signs of slowing down; but literally are going down. Just in February of 2012 it was also shared in a blog discussing the most severe record low of 3.66% that has never been achieved. This percentage, seen on the 7th of February to be exact, soon went up to 3.72% where it hovered around for quite some time.

Currently, Freedie Macs survey of what lenders offer their borrowers stated that the 30-year mortgage rates are at 3.53% which is also down from 3.56%, also a record low, and where the average rate was at within the past two weeks. In addition, in terms of the 15-year fixed mortgage, this has dropped from 2.86% down to 2.83%. This is also a decline from where it stood at 2.89% as of the beginning of the month of July as well which in its own right was a new record low. Furthermore, it should be noted that even for the 5-year hybrid loans, they followed the trend by hitting a record bottom for their starting rate, down from 2.74% to 2.69%.

Overall this was the twelfth week out of the past thirteen when a new record low has happened. It is a time where things are moving at a fast pace from the improving numbers in the Real Estate sector to the combination of the mortgage and interest rates continuing to drown. There is no telling as to how much farther down these numbers can fall. The Federal Reserve has been aggressively in pursuit of these lower rates however there still is no strong inclination of inflation in the economy as of yet. Time will ultimately be the determining factor, as it so often is in these industries.