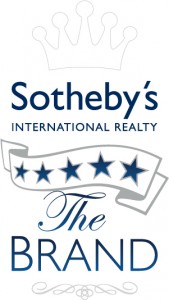 The SIR Brand, like others, has been thriving thus far in 2012

Home prices across the nation are back to comparable levels from where they were at in May of 2004. May of this year showed a twelve straight month increase in home prices that came to a 3.7% increase overall. This information, found from the Federal Housing Finance Agencys latest House Price Index, also shared that on a seasonally adjusted basis, April to May also had a 0.8% increase in prices.

The above percentages were determined by using the prices of houses having mortgages that were guaranteed or sold by Freddie Mac or Fannie Mae. Despite all of these improvements in prices being achieved upon the sale of a home, they nonetheless are far below the plateau they reached in April of 2007. It was during this peak time where home prices were 17% more expensive than they are at today.

The National Association of REALTORS compared this past month of June to June of 2011 where this year there was a 7.9% jump in home prices compared to the corresponding month from a year ago. Furthermore, this recent month of June also showed the largest gain in home prices since February of 2006 and June of 2012 even represented the fourth month in a row with nationwide increases in average home prices. The central reason for much of this? NAR simply notes that it can be attributed to there being less distressed homes on the market in June than other months throughout the years.