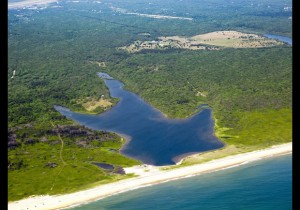 If we can take anything from the past year or so, it is that those with extraordinary properties now have enough faith in the market to put their homes up for sale again. We have seen this in a plethora of locations, from 211 Commonwealth Avenue in Boston to even the $59 Million listing in Nantucket that we recently blogged about. Evidently, in our local New England markets, many of them are seeing a shortage of inventory for homes yet still a booming demand for such property. This, as it turns out, is one of the many factors that we so frequently have shared as to why our prices have stabilized within the region and why today there are finally consistent signs of average price increases month-over-month and certainly year-over-year.

With these positive changes in a propertys value there has been a subsequent increase in the amount of Real Estate transactions as consumer confidence has undoubtedly risen. Now, a very particular and no less spectacular property than any other in New England has come to market in the location of Marthas Vineyard. At $92 Million, this 266-acre land mass is the most expensive property that has ever been listed on this jewel of an island. Currently, it must be noted that this property is the most valuable listing currently available anywhere in the country North of New York City.

Within the area of West Tisbury on Marthas Vineyard, the property can essentially be divided up into five separate lots but is only one property with one solitary single-family home today. Some of these lots include Big Homers Pond and the property already has exclusive planning permission to build around it. Along with this magnificent natural feature or amenity, if you will, there is also the 500-acre Long Point Wildlife Reservation that borders the property and ensures the utmost privacy and peace. Still want more of the outdoors? Future owners will have the luxury of being able to relax on their own 1,100 feet of private beachfront that meets the Atlantic Ocean.

Gerald DeBlois, the current owner, is choosing to relocate to his other property on Marthas Vineyard; a stunning 50-acre property that is unfortunately not also for sale. The brokerage who indeed have the listing for the $92 Million estate are Wallace & Co. Sothebys International Realty and their listing agent and also their President, is Thomas Wallace. The only stipulate with this property, however, is that it is only being advertised to high-end users rather than ambitious developers looking to totally ruin and overly build upon the natural beauty that has always existed there.

It comes as no surprise that many would be quite perplexed to imagine what type of personal buyer would want or let alone be able to afford such a unique property. Well, the owner has taken this into account and is focussing the majority of his marketing techniques and efforts on American and foreign billionaires, especially the Chinese.

Moreover, in a past blog, it was reported about just how aggressive Chinese buyers have been in this industry within the United States, as recently a couple purchased a $34.5 Million French-style mansion in Hollywood, California. It thus is an obvious inkling as to why this is going to be the target foreign market for this Marthas Vineyard listing. In that same past blog post we also noted how China was recognized as the country with the second highest Real Estate investment within this country behind only Canada during the past year; representing over $9 Billion in Real Estate purchases.

The most expensive property ever to be sold in Marthas Vineyard before this $92 Million landmark of a listing was the 215-acre Herring Creek Farm which in 2001 sold for $64 Million. Only a year ago, another large property, the 28.5-acre Blue Heron Farm, sold for $22.4 Million and even has acted as the Obamas summer vacation home over the past few years. Ultimately, the market as a whole is picking up in New England. When taking these aforementioned luxury market circumstances into account it only does this fact justice and certainly holds true that a recovering Real Estate industry is our inevitable reality.