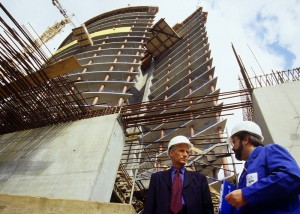 More Spending than in the Past on Construction

Not only are housing starts up in June, as evidenced by our past blog, but the total spending on construction is also up for that month as the final numbers were recently reported. For the third straight month spending increased for all forms of construction nationwide. In May we realized the largest gain month-over-month since December which came to a 1.6% increase in spending, according to the Commerce Department. For June, however, there was still an increase which is a sign of a recovering housing industry, but of 0.4%.

February of 2011 represented a twelve-year low when it comes to construction spending. After Junes figures were finalized and brought to the public eye, the total spending accounted for $842.1 Billion, up 12.9% from that twelve-year low. From a housing perspective, June bolstered the construction industry by 1.3% and a boost in spending as such was the fifth time this year that a month has shown improvements. This gain, looking solely to housing, meant a $265.6 Billion spending total for all of 2012 thus far.

Nonresidential building projects showed a $302.3 Billion annual rate, or 0.1% climb, and there were comparable improvements in the hotel and office construction industries. However, the spending on shopping centers and malls proved to be in a slight decline. For Government building initiatives, there was not much to report on in terms of changes, and the annual sum of this sector totaled $274.2 Billion at the end of this past June. With the vast majority of industries looking to build all of a sudden, whether it be for private use such as a home or public use such as an office building, the flood gates appear to have opened with nothing but confidence and optimism for the future pouring out.