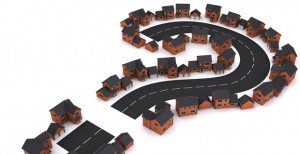 The American populace is showing much more optimism when it comes to the future direction of the Real Estate market as well as the economy as a whole. Indeed, there is still a great deal of improvement that needs to occur on a Nationwide scale for both, however the one clear thing that we can take from it all is that we are finally headed in the right direction.

Fannie Maes September National Housing Survey of 1,000 Americans is the source for all of this news. They determined that as of the end of September, it marked the eleventh month in a row where respondents have answered with sheer positivity that they believe housing prices are headed in an upward direction. Only 11% of those polled feel housing prices are going in the wrong direction and this was the lowest percentage ever since the surveys launching back in 2010.

How much does the average citizen feel housing prices will climb then? 1.5% over the next year to be exact. Moreover, if this figure continues to hold true and prove accurate it will be an amazing feat for the Real Estate industry which continues to climb back to pre-recession levels. In a past blog we even reported how REALTORS across the nation are pointing out that upon the completion of their recent transactions, they are now experiencing constant or even higher prices than usual. Currently, 20% of people feel now is an ideal time to sell while 69% say this is the ultimate time to buy as the market is now building, with the other 11% polled left undecided.

In terms of the economy, 41% noted that the economy is on a great path for growth and prosperity. This is a vast improvement upon the 33% confidence the economy received for Augusts survey only a month prior. It appears as though the Real Estate business being as successful as it has been thus far in 2012 is one of the major catalysts for propelling the economy to dig itself out of its recent troubles. We can only hope and work hard together to ensure that such optimism amongst the population continues to be met by paralleled success from both the Nations economy and its Real Estate industries.