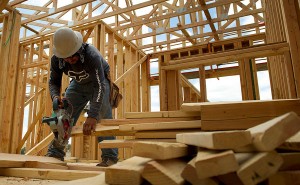 The last time we reported on housing starts specifically was back in June when it was mentioned that there was a 6.9% increase to a seasonally adjusted mark of 760,000. Moreover, it was just days ago when in another blog it was shared that home improvement efforts are also on the rise. The Home Depot in particular noted a 1.7% in total revenue overall and 2.1% for same-store revenue improvements for the second quarter of this year. Evidently, spending on ones current or future home built from scratch is accelerating.

The most recent findings come from August and September where even more impressive numbers have been realized since June. Privately owned housing starts jumped 15% since August to an annual rate of 872,000 properties from a previous 758,000. All of this comes from the Department of Housing and Urban Development as well as the U.S. Census Bureau who also point out that these 872,000 housing starts are even up 34% from last year's total of 647,000 during the same time period.

Additional statistics about just how much change has recently occurred can be found below:

All of these positive numbers compliment the similar trends that we have been experiencing as of late. Experts note that the improving job market will be one of the strongest factors pointing to even more housing starts occurring and an overall slow, yet still improving Real Estate market Nationwide will prolong.