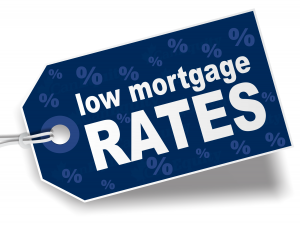 In October Mortgage Rates were Recorded at 3.56%

The mortgage market in the United States has been one of popular conversation so far throughout this year with constant record lows having been reported seemingly every month. In fact, in 2012 we have had many postings specifically on the topic dating back to March. It was here when we shared Zillows information that on the 7th of February the 30-year-fixed mortgage rates dropped to new lows from 3.72% to 3.66%. Soon after on July 5th it was noted from Freddie Mac that these rates had plummeted even further to 3.62%. Mere weeks later, Freddie Macs survey of what lenders offer their borrowers stated that the 30-year-fixed mortgage rates were now at 3.53%. A more recent reporting on the subject came in August when the 30-year fixed mortgage dropped to 3.49% on July 26th whereas the same time a year prior it was hovering around 4.55%.

However recently things have changed slightly. Demand for refinancing has eased 2% while mortgage applications are down. Despite refinancing applications slowing, they nonetheless are still at three-year highs. Furthermore, purchase applications, on the other hand, indeed did rise 2.4%, their highest levels since June of this year. This figure in particular, it must be noted, is an extremely strong indication that home sales are improving. The Mortgage Bankers Association actually reported for October that their figures for home purchase demand as well as refinancing, better known as their seasonally adjusted index for mortgage activity, fell 1.2% on October 5th.

To the 30-year-fixed mortgage rates as mentioned above, these recent findings saw them ascend to 3.56% which was up from the 3.53% where they were a week ago. For those individuals looking to buy a home these rates must still leave one very optimistic as the levels are still near the all-time lows recorded of late during the Federal Reserves program to boost the economy. Finally, the Fed under the program known as Quantitative Easing, or QE3, also released in September that they will be purchasing $40 Billion in mortgage-backed securities each month until the Nations job market improves even more.