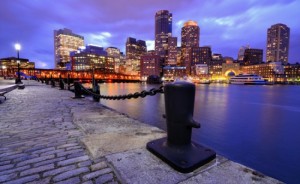 The Commercial Real Estate market within the United States has been steadily improving since the economic downturn set it back into a once intimidating hole. In some locations more than others it does not seem as long ago when peak levels realized in December of 2007 were being achieved for Commercial property. These recent findings come from Moodys Investors Service who note that for the past twelve months through the end of September of this year, Boston is in fact the number one performing city Nationwide in a Commercial Real Estate recovery.

Not only is Boston the closest city to reaching their same respective figures from the prosperous year of 2007 but locally we are also outperforming other metropolitan areas for our overall improvements over the past year. The past twelve months have shown Bostons Commercial Real Estate prices ascending by 10.4% which is far ahead of second place New York City with an 8% recovery mark and third being San Francisco with a 7.8% rise in prices. Across the United States as a whole, Moodys indicated that their Commercial Real Estate price index rose by 1.4%.

It was determined that when analyzing the total value lost by Commercial Real Estate over the past years, Boston ranked first once again for the city who has come the closest to these initial numbers. Moreover, Boston only falls less than just one percentage point back of these prior levels from 2007 with Washington D.C. in second at 5.7% back and New York City in third at 7.5% behind their previous numbers. Looking to the Nationwide scale, the Commercial Real Estate market is still 21.8% back from the highs seen roughly five years ago; once again proving how significant Bostons climb has truly been especially from a city-to-city comparative point of view.

So what does all of this optimism surrounding this sector of the already highly publicized successful Boston Real Estate industry signify? Well it simply means that property owners in the Commercial districts will be looking to test the market now that prices are strong and demand is high to live and work here. The BlackStone Group, for example, are a leader in Commercial property investing and have recently made 12 Million square feet of space available in The Greater Boston Area. The future certainly is looking up in all aspects that make up our local Real Estate market and it is something to be not just optimistic and proud over, but also ambitious about all of the profits that can be had from these sorts of investments.