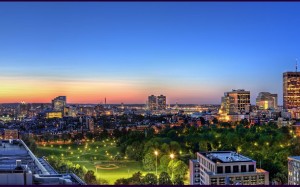 Condominium sales in The Greater Boston Area are flourishing of late with results that literally trample upon those of the past. The end of the third quarter of 2012 marked the third consecutive quarter where both condominium sales as well as their average prices increased. With the confidence that the bottoming of the market has been realized, buyers are much more abundant and serious about investing in their future now while rates and prices remain lower than in the past.

However, the waiting to invest in Real Estate may be over. No longer are prices tremendously low and this can be attributed to the pent-up demand still present in Boston combined with a lack of inventory. Prices are rising and those who were waiting for any fluctuation back downwards in the market may have missed the boat by now.

Some of the facts supporting such a positive streak in Boston are that between July and September 1,043 condominiums came to closing which is up 826 from a year prior where in 2011, 26.2% less were sold in this same time span. It was not just sales that hiked up but so did prices. This year there was a 6.1% jump in average sales prices from July to September as well, a difference between $486,000 this year and $457,750 in 2011.

So where are the more sought after places to live in Boston? This still remains as one of the main downtown neighborhoods, however others just on the periphery of the city that are less expensive have seen the most transactions of late. South Boston, also known as Southie, in particular was the most successful in sales with a lofty 65% betterment in 2012s July-September compared to the same corresponding months from a year prior. This percentage accounted for a total of 259 condominiums being sold, the most out of any Boston neighborhood. Finally, experts have determined that the Seaport District, with its enormous amount of construction that is taking place within the next few years, will be one of if not the next hotspot in the city for both price and sales increases.