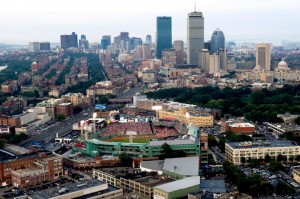 When over 72,000 home listings in over 2,500 Real Estate markets within the United States are analyzed, what would you guess was the State that came out with the most expensive properties on average? Studies show from January through June of 2012 that when comparing similar properties across the Nation, Massachusetts ranked as the second most expensive. Completing the Top 10 highest priced areas for a four-bedroom, two-bathroom home were:

For Massachusetts, these numbers are obviously significant. It shows yet another backing to the fact that our market has been rebounding at such a triumphant rate. Out of all of the regions found throughout the Nation, the highest ranked Bay State town was Weston at rank 14. It was here where examiners determined a typical four-bedroom, two-bathroom home would set one back roughly $1.1 Million.

The least expensive State across the Country under these same search parameters came from Nebraska where the average house price is just $145,360. However, despite this, the cheapest housing market was not in Nebraska but was in Michigan where in Redford these same four-bedroom, two-bathroom homes are trading for $60,490 each.

To the most expensive individual markets, of which the aforementioned Massachusetts town of Weston made the cut as number 14, the top locations were actually not found to be in even the highest ranked Hawaii but actually in third ranked California. Have a look below for the Top 5 regions for average prices for a four-bedroom, two-bathroom home: