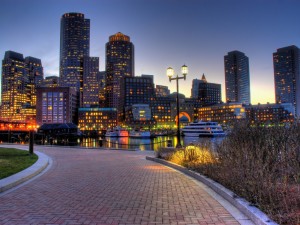 The coming year of 2013 is looking to be ever so strong in terms of the Real Estate market and the overall direction it is headed in. There are statistics that support the fact that the beginning of 2012 saw housing prices hit their rock bottom point. As we have frequently discussed throughout the year, however, is that this unfortunate occurrence certainly is no longer the case due to the strong turnaround that the market has experienced thereafter.

The difference between the state of the Real Estate industry at 2012s beginning until now is one simple fact about buyers; there is now a widespread sense of urgency within them. This urgency to be active in the market has come about for a variety of reasons but it goes without saying that the most obvious one is that there is a renewed sense of confidence in the market that has not been the case for quite some time. Not since 2006 have prices ended the previous year in positive territory and this year we are about to reverse that trend and that truly is a wonderful realization.

James Dimon, the Chief Executive of J.P. Morgan Chase mentioned how Every single thing about housing is flashing green. Homeowner vacancy rates are also very low compared to times from recent memory. In fact, this Fall saw the numbers plunge to 1.9% and this was near the long-run average that is pegged at 1.6% which is also down from the peak of 3% seen back in 2008; this all according to Goldman Sachs. All of these numbers are coupled with the fact that rents are rising which is also encouraging more individuals to look into buying property, especially given that interest and mortgage rates are drastically low. It has been an incredible year for Real Estate over the past twelve months and astonishingly enough 2013 looks to be just as impressive, if not even more so.