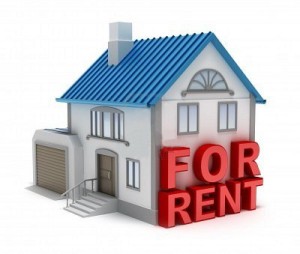 Perhaps no other place in the Country has experienced quite the divide in the difference between the vast shortage of properties available on the market and the yet relentless peaks in demand for these properties as Boston has. Many experts contribute this trend to a number of reasons; the World-class Universities and Colleges, the top Hospitals and the overall lifestyle and beauty of Boston are all some of the factors leading to such pent-up demand for Real Estate. As a result, prices have remained high and the industry as a whole is thriving, often said to be leading the way for other cities in the Nations climb out of the Real Estate downturn and overall economic recession.

As a matter of fact, the Bipartisan Policy Center shares that the next ten years for the United States may be one highlighted by an increase of 5-6 Million more residences becoming available as rental properties. Now this may seem rather perplexing to some as there have been constant reports about the robust housing market of late throughout 2012 that only looks to continue as we progress through 2013. So why are rentals also gaining steam?

Housing starts are up, prices are increasing, jobs are being created however tighter credit, larger downpayments and decreased income for the rising generation is causing some to decide on renting, for now. Barry Zigas, the Director of Housing Policy for Consumer Federation of America recently spoke on the matter, There is clearly an unmet demand for homeownership among young households. Those households are running up against a number of constraints. Credit for homeownership borrowing will likely be tighter and potentially more expensive, relative to earlier times. Families will likely have less wealth because the rising generation is starting with less wealth. If down payments are at any significant level, it will be a barrier to acquiring a home for longer than may have been the case in the past.

Certain core groups are anticipated to be the most active in the next few years with regards to rental property seekers. They include young adults moving out of their childhood homes, post-foreclosure homeowners, seniors looking to downsize, empty nesters looking to downsize, and the rapidly growing immigrant population flocking to the United States. Mr. Zigas went on to state, We expect to see an increase in household formation and for a variety of reasons that household formation is likely to be more heavily concentrated among renters and households who are likely to be renters for somewhat longer than was the case for the last 20 years. For further information on this topic, it is highly encouraged that you have a glance over theinfo-graphicshared below: