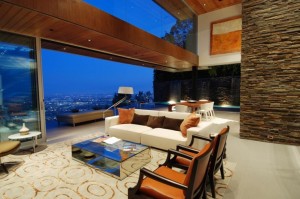 It was literally yesterday when we reported in our blog that pending home sales in our State of Massachusetts were up for the 20th straight month for both single-family and condominium properties. Well, when taking a step back and approaching this from a wider spectrum, it becomes apparent that not just homes put under agreement, but also the actual sales of luxury properties in particular across the Nation thrived over the past year as well.

Getting down to the details, we learn that November of 2012 saw a 51% spike in the closings of luxury properties compared to the same corresponding month a year prior. Now what exactly is a luxury property? The National Association of Realtors (NAR) defines this category as those which are sold at $1 Million or more. The reason behind such a dramatic improvement in these forms of sales is of course because the market is recovering, but another reason is due to high-end homeowners rushing to take advantage of the lower tax rates before 2013 came about.

The widespread assumption that the capital gains tax would increase from 15% to 20% had high-income earning individuals (those who earn at least $200,000 annually) and high-income earning couples (those who earn at least $250,000 combined annually) hoping to purchase luxury properties before the 3.8% Medicare surtax. This surtax covers those investment incomes that go into effect this year in 2013 under the Affordable Care Act. Within this, a high-income earner thus will pay $88,000 less on taxes for their investment if they made a $1 Million profit on their home in 2012 as opposed to 2013.

Meredyth Smith, an agent for Sotheby's International Realty spoke on the matter, "Ever since last summer when people realized that the fiscal cliff was approaching, there was an incentive to get deals done." Looking more specifically, it was also pointed out that in Manhattan, for example, the sale of ultra-luxury properties over $10 Million climbed by a very impressive 44% during just the last three months of 2012. The considerable tax benefits in terms of savings when purchasing such luxury properties made it an obvious decision for many high-end investors who subsequently acted fast on the matter.