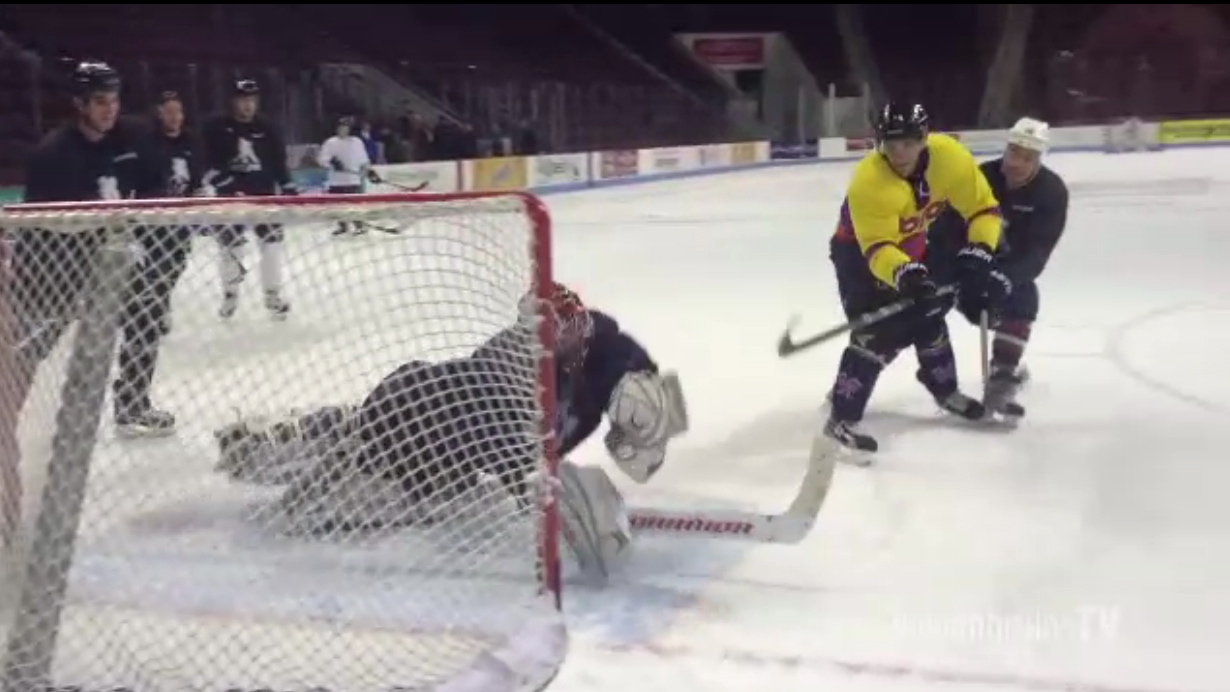 Adam makes a diving save on Tyler Seguin's shot

Gibson Sothebys International Realtys own Adam Geragosian was fortunate enough to put his ice hockey skills to the test against the Boston Bruins in recent days. The B's, having already won their first game of the season against their powerful rivals, the New York Rangers, invited Adam to play goalie during their recent training session. Today working out of our Charlestown office, Adam formerly was a standout goalie for four years of Division 1 Hockey for Northeastern University. The practice saw him in one goal with the Bruins starting goalie, Tuukka Rask, in the other net across the ice. With magnificent saves on players like Tyler Seguin and Rich Peverley, Adams active involvement on the day was not only highly appreciated and respected, but was also thoroughly impressive to all who were both playing and in attendance.

Adam, who knows some of the Bruins players in and around Charlestown, enjoyed the experience and was glad to help the Bruins players get into 'game shape. As a man who is very involved in local events and charities, soon Adam is also playing in a fundraiser hockey game to benefit the Travis Roy Foundation. This organization that he works so closely with is dedicated to enhancing the life of individuals with spinal cord injuries along with their families by providing adaptive equipment as well as funding in the efforts for finding a cure. Adam even has taken on the initiative to have his own fundraising effort known as the Beanpot Charity Challenge 2013. Supporting the Travis Roy Foundation as well as the Mark Bavis Leadership Foundation, Adams dedication on these fronts is certainly commendable to say the least. Please join us in congratulating Adam on his successful stint with the Bruins and continue on to the link provided below to see how you can be a sponsor of his in support of this wonderful cause.