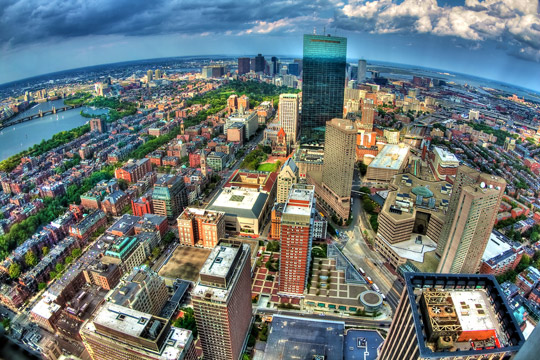 It seems quite often in todays real estate market in Boston for properties to not only sell at asking price, but frequently above such said price. In his most recent post known as Bates By the Numbers on Curbed Boston, Gibson Sothebys International Realtys own David Bates provides some very insightful information about the status quo of the industry as it particularly pertains to the Greater Boston Area.

A humorous story from David regarding Steve Carell thereafter ensued as the actor was recently at a pawn shop and wished to purchase a World War II divers knife. Upon hearing the price for the item was $2,500, the comedian took it upon himself to respond with; You know what, it seems a little low. I will give you $4,000. As incredible as this moment was, it is actually occurring at the local level here in Boston but for far more steep price offers for the purchase of real estate.

This trend, however, is a fairly new phenomenon for the Hub. In fact, back in the beginning of 2011, Boston condominiums were trading for 96% of their asking price, which was 92% of their original asking price. This indeed is impressive and encouraging for sellers to say the least, although in todays marketplace activity has lessened the list vs. sale differential. During the early months of 2012 when the market was beginning to positively turnaround, sellers were accepting offers that were 97% of the final asking price, which was 94% of the price when the properties were first put on the market. Thus far in 2013, this accelerating business has only become more dramatic. Sold properties are now closing at 99% of the asking price which is still 98% of the original asking price.

This undoubtedly is leaving little to zero wiggle room for those individuals looking to negotiate and purchase property on their own terms. Sellers simply are not as desperate as they were from years past, and with the peak demand to buy Boston property amongst the populace, sellers can literally pick and choose at multiple offers with pleasure. Subsequently, buyers agents have been forced to urge clients to put in an offer of at least the asking price, if not more, and this is happening more frequently.

Looking to some recent statistics in specific areas so far for 2013, Brookline has shown that over 50% of their sold condominiums for this year have been for more than the asking price. 40% of these sales were for at least $10,000 more than the asking price, while 30% were for at least $15,000 over the ask, and other transactions were recorded for even more of a leap. In Somerville, properties in 2013 have traded hands at $30,000, even $36,000 more than the asking price. In Cambridge, closings for up to $100,000 or more are happening, while in the South End one condominium sold for an astonishing $126,000 over the original price! Evidently, bidding wars are rampant in Boston. In order to even attempt to avoid this fate, individuals are putting their best offer forward straight from the get-go. With Boston real estate as prized as it is rare and hard to find, this strategy is only expected to continue in the future as prices are now beginning to rise once again.