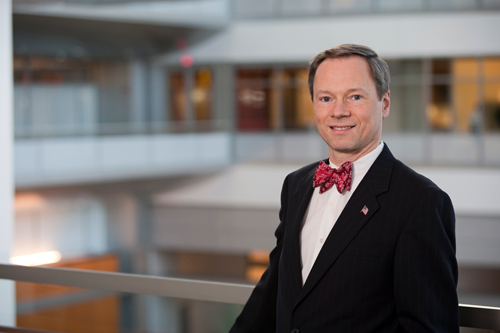 Frank Nothaft, the Chief Economist at Freddie Mac, is confident of a continued housing recovery despite rising mortgage rates

After roughly a year where mortgage rates were dipping to record low levels that seemingly would never end, they have slowly begun to rise back to more expected numbers. Even with that taken into account, it is absolutely no time to panic for prospective buyers. The rates, which are not expected to skyrocket much further, are still far below any levels that they have been at over recent years.

This is all derived from Ben Bernankes suggested tapering of mortgage-backed securities purchases to happen in the not so distant future. While this fate may eventually be inevitable, Frank Nothaft, the Chief Economist at Freddie Mac, is confident that the housing recovery will continue to thrive despite the rising rates, "Demand is strong, supply is limited, and for most families in most markets, housing affordability is still strong. But we do expect a substantial change in single-family originations as we transition from a refinance-dominated market to a much smaller purchase-money market by year-end.

What Nothaft calls taper talk is that the Fed will soon taper its acquisition of mortgage-backed securities. Although this notion has caused a great deal of uproar for some, Nothaft and other experts are not worried in the slightest. These mortgage-backed securities, also causally referenced to as the punch bowl, will not be going anywhere too soon where it is seen as unexpected, as Nothaft concluded, "So for those who like the punch bowl analogy around tapering, theres plenty of time to drink, but do us all a favor and drink responsibly, so the housing market can avoid the roller coaster ride with mortgage rates.