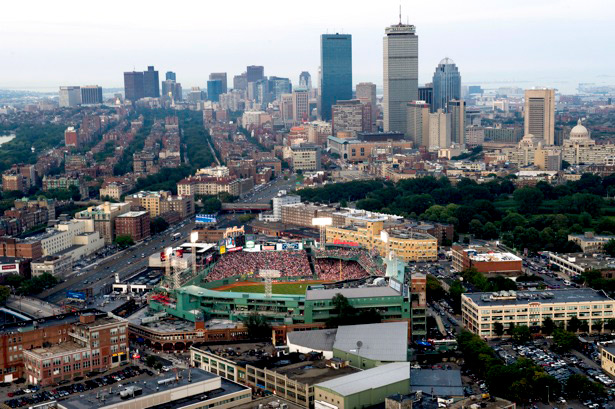 The Fenway neighborhood now commands rents upwards of $3,273 on average

While not directly a reason, as the summer months have been some of the warmest from recent memory, the rents being demanded in the Hub have also reached a boiling point. The areas realizing the largest jumps in rent have been those where there is a high density of students due to the higher demand and turnover of tenants. For the third consecutive year, rents in Allston, Brighton, Fenway, Kenmore and Mission Hill have increased while vacancy rates only continue to fall and are now less than 2%.

Rental Beast, the real estate market tracking firm, came forward with these results which also shared that the average rents for all of these neighborhoods is at $2,954. This, a 10% increase on a year-over-year basis from the average of $2,684 from 2012 is quite significant. The largest display of change was in Allston where there was a 17% annual jump from $2,177 to $2,553. Fenway also grew by 5%, while Mission Hills prices went up by 9.7% and Kenmore Square by 13.4%.

Ishay Grinberg, the President of Rental Beast, mentions that, Whats happening in Boston is there hasnt been much new construction coupled with the fact that college enrollment is rising. The apartments in the pipeline are high end, with studios starting at in the low $2,000s. Those units are not affordable by students and young professionals, but its pushing rents up in the rest of the market. Overall, the highest priced area of those mentioned above to find a place to rent today is in the Fenway where the 5% growth now sees rental properties command $3,272 per month on average. Moreover, the same first half of 2012 only determined the rents in the Fenway to be at $3,112 per month. As colleges and universities are about to commence the next academic year in the next couple of months, competition for short term rentals everywhere will only continue to increase thus driving prices higher for yet another year.