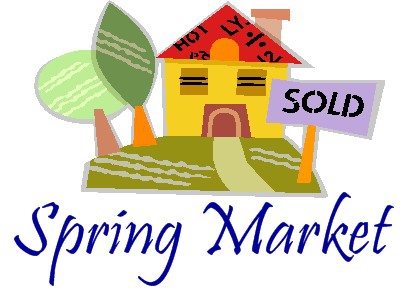 What a year it has been thus far. The mild winter evidently commenced the spring market at an earlier date than usual and there were no signs of it slowing or ending as summer approached. The situation of low mortgage rates enticed buyers to flood the market which they did at record paces nationwide. The climbing prices eventually encouraged sellers to approach the market to finally bring in more inventory to feed such peak levels of demand. In addition, home sales have been up by a large margin and the average days on the market greatly dropped. There truly has not been a more successful time in the business of real estate for all parties involved in quite some time; what a road to recovery 2013 has been thus far.

Not since 2004 has there been a higher annual rate of home value appreciation like there was during the first half of this year through the completion of the month of June. The most recent United States Zillow Home Value Index increased to $161,000 come the end of June, which was the closing of the second Quarter of the year. This marked a 5.8% year-over-year boost and the strongest annual gain since August of 2006 performed just as well over August from 2005. In addition, this home value index figure from Q2 of this year was 2.4% over the number from Q1.

All of the top 30 largest metropolitan areas in the nation that were studied, including Boston, experienced an annual appreciation by the end of their Second Quarter. The next year now is tipped to see yet more successes with a 5% rise in home values in the country according to the Zillow Home Value Forecast. Out of the 30 metro areas referred to above, 29 of them will see home value appreciation over the next twelve months besides New York City which is set to see roughly 0.8% depreciation largely because it is a judicial foreclosure State.

Of course, as the year progresses and different buyers and sellers enter and exit the market just as mortgage rates and prices gradually continue to rise, these predictions are sure to change. Zillows Senior Economist Svenja Gudell commented on this report by stating that, The U.S. housing market as a whole is currently not experiencing a bubble, but in many places it sure must feel like one, with some markets experiencing annual home value appreciation approaching 30 percent. Homeowners are feeling a sense of whiplash after years of depreciation, but this kind of market behavior wont last. Investors are starting to pull out of some markets and regular buyers are coming back, and more inventory is slowly but surely coming on line, both of which will contribute to slowdowns in appreciation. Additionally, in some overheated markets, rapid home value increases coupled with rising mortgage rates will lead to housing prices and financing costs outpacing local income growth, which will also contribute to a moderation of the market. Combined, all of these factors will help the market in the second half of 2013 and beyond normalize and become much more steady than it has been in these past six months.

While the past year has been one of the fastest paced that the industry has ever seen and with brilliant results, falling back into a state of normalcy where the market is still growing in a more gradual fashion will be best for both buyers and sellers. No longer will one party on either side of the table in a transaction be forced to rush or act in a state of panic because either prices or mortgage rates are drastically going up or down. No longer will the reference of a bubble be discussed and finally, the incoming healthy influx of inventory will only help to balance the abundance of demand currently engulfing all of these 30 largest metro areas. All indications point to this summer market now being one of the most successful in recent years as well, only continuing to further the great strides forward that the industry has taken since the start of 2013 and the end of the spring market.