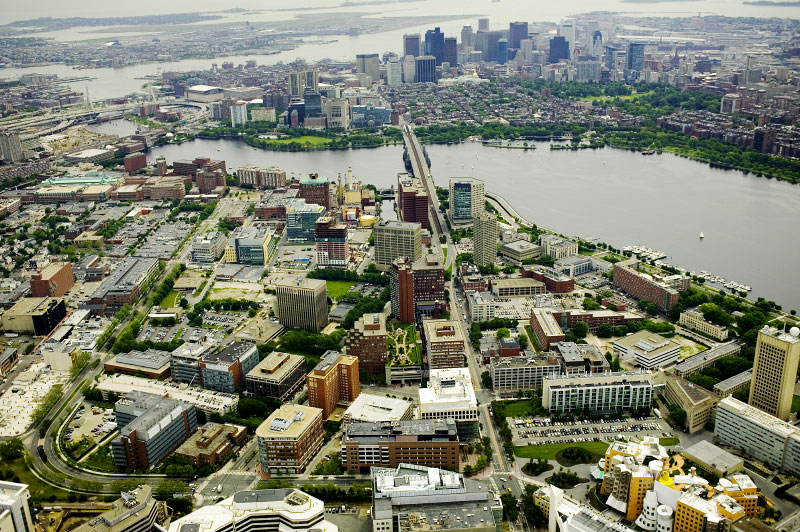 While there has been a great deal of attention concentrating on areas in Boston with an array of commercial real estate developments in places such as Downtown Crossing, the Seaport District and more, across the Charles River in Cambridge there is also much activity happening. Despite being the home to some of the Worlds top Universities, Cambridge Real Estate today also has a strong commercial influence from start-ups, high-tech and biotech firms which have either relocated or expanded here.

With the overall economy and real estate market thriving throughout Massachusetts, especially nearer to Boston, firms have taken the initiative to invest in property. It comes to be known that in the Second Quarter of 2013, the availability of office space in Cambridge fell as more businesses moved in. From April through the end of June in Cambridge, the grand total 11 million square feet of office space had 1.1 million square feet left vacant. While this marked a 10.4% vacancy rate, it was successfully down by 1.3 million square feet, or 12.3% compared to last years vacancy rate of 22.7%. Absorption, as it turned out, increased by a significant 32,473 square feet.

Some notable firms making massive strides of late are HubSpot and Intuit. Hubstar, who more than doubled their presence in Cambridge, expanded at 25 First Street to more than 117,000 square feet. This was recognized as the largest transaction realized during the Second Quarter for any one business. The other software corporation, Intuit, are moving to Cambridge to occupy a 61,000 square foot facility at 150 Cambridge Park Drive.

As which happens within any market, the resulting higher demand has only seen prices skyrocket just as they have done for residential property in the region. Rents in Cambridge for commercial space are now achieving anywhere between $42.77 and $52.36 per square foot this year. It is clearly uplifting to see so many facets of the real estate industry performing at such a high level in the Bay State. With so many corporations flocking to the area, employment numbers will only continue to rise, thus benefiting the purchasing power of our populace which in time will have a positive domino effect on our local real estate market and economy for the prolonged future.