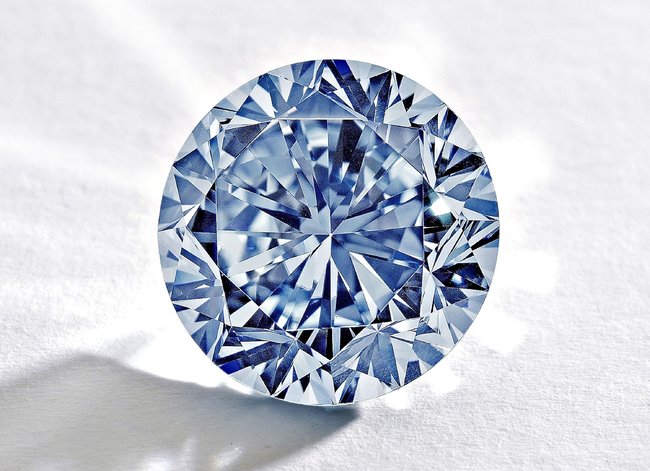 'The Premium Blue' Diamond - Expected to sell for around $19 Million

Our most recent report about the Sothebys Auction House came from May when there were Impressionist and Modern Art records set totalling $235.1 Million. Here in this blog we touched upon other past company write-ups where we shared that Edvard Munchs The Scream sold for a World-record $119.9 Million, Sothebys jewels sold for a record $112 Million, Steve Jobs memo being sold, a rare Apple 1 computer selling for $374,000, and a clip highlighting the record-breaking Contemporary Art Auction occurred. With the changing of records and top headlines frequently making news, yet another change has come about. The Sothebys brand just recently announced that the Auction House will no longer be known publicly as the Sothebys Auction House, but more simply and elegantly as just Sothebys.

On October 7th, an incredibly rare diamond known as The Premium Blue will be auctioned off in China. Sothebys decided that Hong Kong is the ideal location to sell this rare multi-million dollar piece, as they released this week that it will be part of the brands regular bi-annual auction series. Evidently, Asia as a whole has arisen as one of the premier markets for buying and selling all types of luxury items due to the rapidly growing pool of mega rich individuals. Quek Chin Yeow, the Chairman of Sothebys in Asia, points out that, Since about 2006, 2007, Hong Kong has ranked alongside Geneva and New York as a center for jewelry sales. It is now the third pillar of the global jewelry market. Close to 30% of all of the money spent at auctions for jewelry and art in Hong Kong come from Chinese buyers, while Taiwanese, Southeast Asians, Singaporeans, and of course Hong Kong locals are also heavy spenders.

Specifications about the stone are that it weighs 7.59 carats and it roughly the size of a button on a shirt. The round shape of the stones cut and vivid blue color make it even more rare. By popular demand, more colorful diamonds have been seen to attract more buyers and higher sales prices in Asia than they have in the West, thus another reason for deciding on this location for the auction to be held. Mr. Quek also mentioned that he expects the stone to fetch upwards upwards of $19 Million, this which would mark a record per-carat sales price at auction for any diamond in the history of mankind.