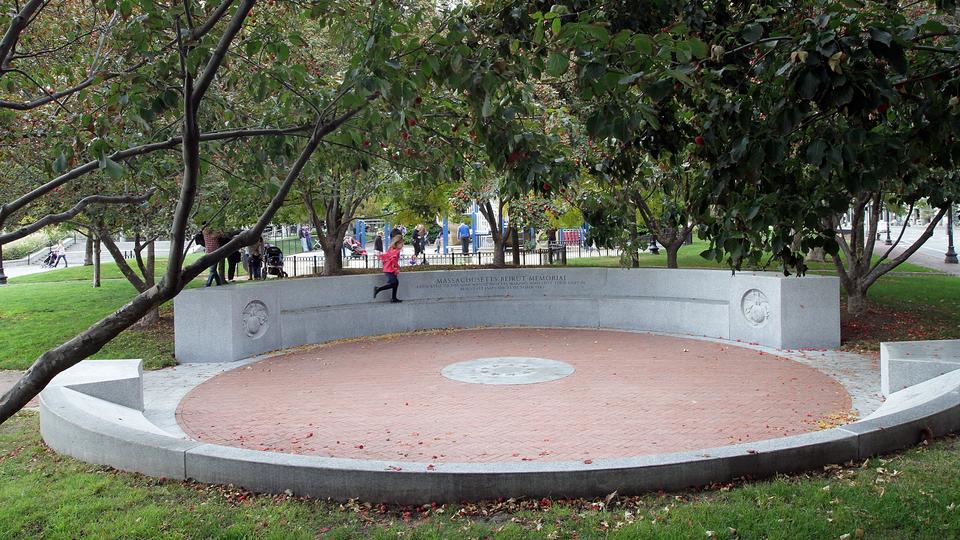 Nine lovely trees, said Chris Devlin of Gibson Sothebys International Realty, ...One for my son Michael and the other eight heroic boys we lost. On the 22nd of October, 1983, the son of Gibson Sothebys International Realty agent Chris Devlin was granted a special nights sleep in the international terminal building that was a barracks for the 24th Marine Amphibious Unit. Usually sleeping in his self-made 10x4 bunker that was four feet deep, this was a special privilege for Chris son; however a privilege that would be devastating.

Originally from the town of Westwood, Massachusetts, Mr. Michael Devlin, as brave as any young man in the Marines could possibly be, ventured off to Beirut thirty years ago. Michael was a man who was not tasked to fight, but solely to keep peace during a terrible time of civil war. So at 6:22 AM on that day in October, a Mercedes truck rushed into the camp and cracked into the lobby of the building, packed with six tons of explosives. Michael was one of the 241 individuals who lost their life on this terrible day, of which 220 were Marines. Still to this day, a casualty count so massive in numbers has not been seen over a one day span for the Marines since Iwo Jima.

Of those who lost their lives from the Bay State like Michael Devlin, eight other Marines from Massachusetts sadly perished. Lance Cpl. Bradley J. Campus of Lynn; Sgt. Maj. Frederick B. Douglass of Cataumet; Lance Cpl. Sean R. Gallagher of North Andover; Sgt. Edward J. Gargano of Quincy; Lance Cpl. Richard J. Gordon of Somerville; Capt. Michael S. Haskell of Westboro; Sgt. Steven B. LaRiviere of Chicopee; and Pfc. Thomas S. Perron of Whitinsville were all there on the 22nd of October, 1983.

The lovely trees Chris now refers to? These can be found proudly swaying in a quiet corner of the Christopher Columbus Park in Bostons North End. Here at the Massachusetts Beirut Memorial, nine dogwood trees, one for each individual lost, sits in simple elegance. Our own Chris, who is the mother of seven, is the main reason why this memorial had been erected here in the first place after years of buttonholing pols, raising funds, and spreading the word of these mens story.

During this coming Saturday the 19th of October, the public is welcome to a dinner the night before the rededication ceremony. This ceremony on Sunday, October 20th, will see a highly devoted community of family, friends, and those who would like to show support gather at the Christopher Columbus Park to reflect and mark this 30 year anniversary. Former Marine chaplain, Rev. George W. Father Pooch Pucciarelli, who appointed the dead and pulled many wounded from the disaster thirty years ago, will be in attendance. Furthermore, a brand new fundraising campaign will commence this year, with hopes that the damaged bricks, scarred and chipped granite, and landscaping of the area will be brought back to its original state of glory and pride.

Michael left UMass and went into the Marines to help pay for his tuition, Chris stated. But he grew to love it. I remember suggesting the Air Force to him, because I thought it was safer. But he said no. A mothers love will truly never die, and Chris lives everyday with the knowledge and closure knowing that her son passed doing exactly what he loved and always wanted to do; serve the Red, White, and Blue.

For more details on the fundraising efforts, the dinner and how to purchase tickets for it, and the rededication ceremony, please click here.