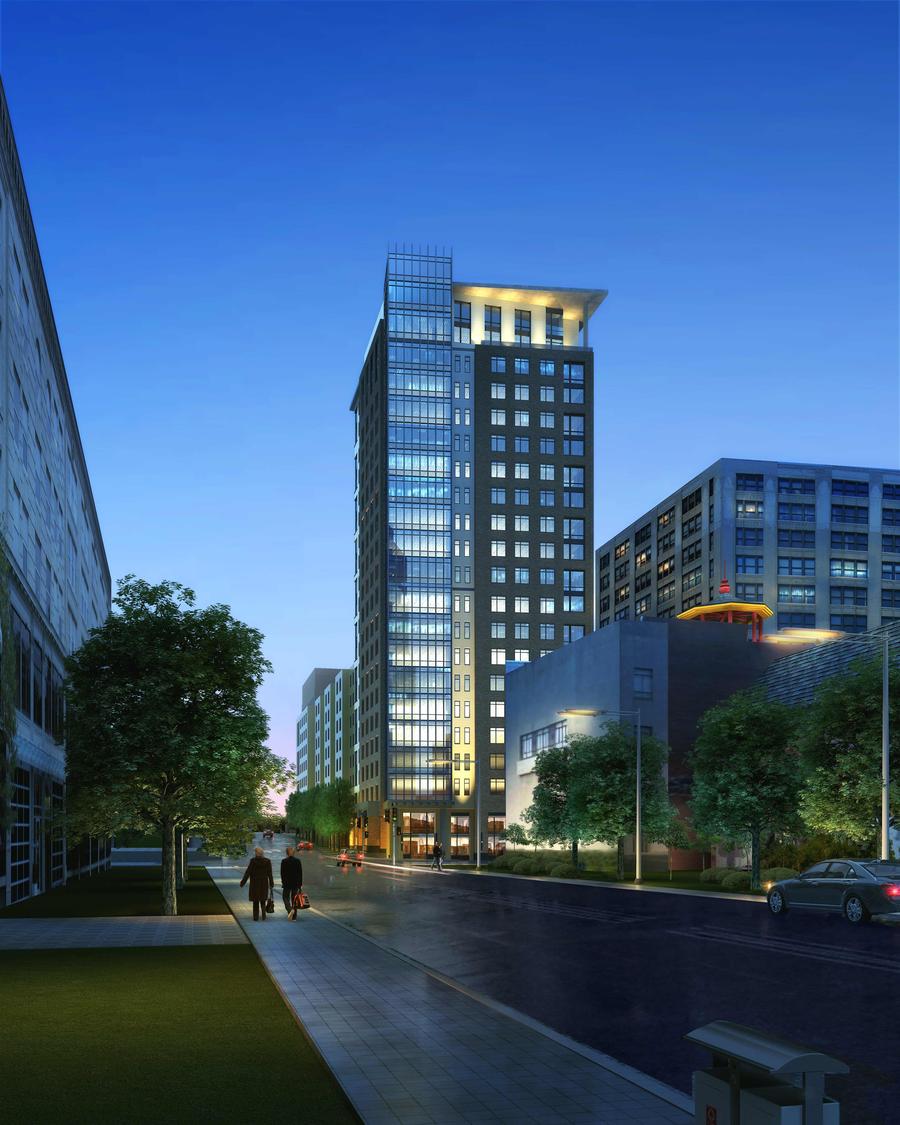 The Future 'One Greenway' Building in Chinatown

The New Boston Fund in affiliation with The Asian Community Development Corp. have just secured financing for a $107 Million package to aid in the construction of One Greenway in Bostons Chinatown neighborhood. This future mixed-income development aims to restore this section of the Hub and a part of Chinatown in particular that was previously demolished in the 1960s due to the Southeast Expressway.

The Suffolk Registry of Deeds documents show that a branch of New Boston Fund known as Parcel 24 North LLC has just struck a deal for an $80 Million mortgage for market rate components, $27 Million in construction debt for the affordable housing, and that the developers have received an additional $10.3 Million from local and State housing programs for this initiative.

Other financial details have yet to be released by Sean Sacks, the Vice President of Development at the New Boston Fund and his team. What has been shared regarding this 64,000 square foot lot at 99 Kneeland Street is that One Greenway will soon soar above the Boston skyline with 362 housing units. Of these, the State of Massachusetts confirms that 145 will be affordable units to ensure as many current residents of Chinatown are able to stay in their home neighborhood.

Due to the terms of the lease with the Massachusetts Department of Transportation, Massachusetts has already received $400,000 from the developers at the closing of the deal for this property. In addition, a further 30% from the sale of the market rate units by 2019 will be given to the State at between $5-$14.5 Million after the developers meet all of their financial obligations. Furthermore, the New Boston Fund will construct a pedestrian connection as well as a park at the site for $2 Million.

This property borders the Rose Fitzgerald Kennedy Greenway with Chinatown, and once complete will represent a much needed rebirth for Parcel 24. Janelle Chan, the Executive Director of the Asian Community Development Corp. said in a statement, One Greenway is a triumph for the Chinatown community and for those who believe a vibrant, thriving downtown Boston benefits from diversity. Its wonderful to accomplish such a tremendous milestone after years of planning. Overall, after a speedy construction process, the anticipated completion date for this project is slated for 2015.