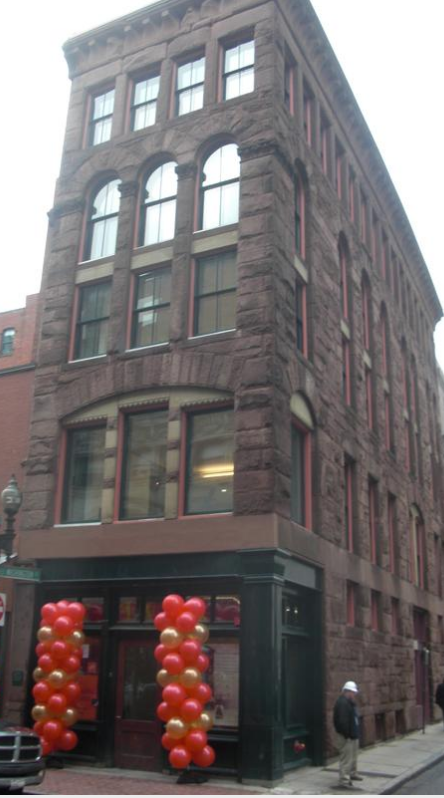 The Hayden Building at 681-687 Washington Street after it's $5.7 Million renovation

Throughout the city of Boston there are countless historical properties. It is these significant addresses that have been so purely preserved throughout the years that make this city one of the most beautiful. The architectural brilliance that gains its influence from countries near and far and from times long ago is what make living in the Hub so special and unique. So while there are so many worthy buildings that deserve praise, it was the Eustis Street Fire House in Roxburys Dudley Square in addition to the Hayden Building on Washington Street in Chinatown that have just won a Leadership in Energy and Environmental Design (LEED) designation for sustainability from the U.S. Green Building Council.

The 1859 Eustis Street Fire House is one of the oldest in the country and has been Historic Bostons headquarters in 2011. Initially used to store fire apparatus, a stable was later added to the rear of the building for horses that would pull the hook and ladder equipment. Thereafter, the facility was used as a Spanish American War Veteran post. After being vacant for over fifty years, a $2.5 Million renovation by HBI included replacing the previous wood frame, and creating spectacular office spaces for Historic Boston and one other tenant. Overall, the efforts have been completed to such a level that a LEED designation seemed inevitable and is truly greatly deserved.

The other building, Bostons Hayden Building at 681-687 Washington Street in Chinatown has won a LEED Platinum designation. This, it must be noted, is the highest possible rating awarded by the U.S. Green Building Council. The property represents the last surviving H.H. Richardson commercial building, and was purchased by Historic Boston in 1993 to then spend roughly $5.7 Million over two decades to bring it to the superior level it is in today. From structural problems, to the necessity to restore brownstone exterior, renovating the interior into apartments and ground floor retail and more, the finished project is indeed something magnificent.

Our most sincere congratulations go out to the owners and all of those responsible with bringing these properties to the outstanding state they are in today. It is because of these tactical preservation efforts that our city of Boston will forever live on as one that continues to stand the test of time and help lead the way for Green energy and environmental design.