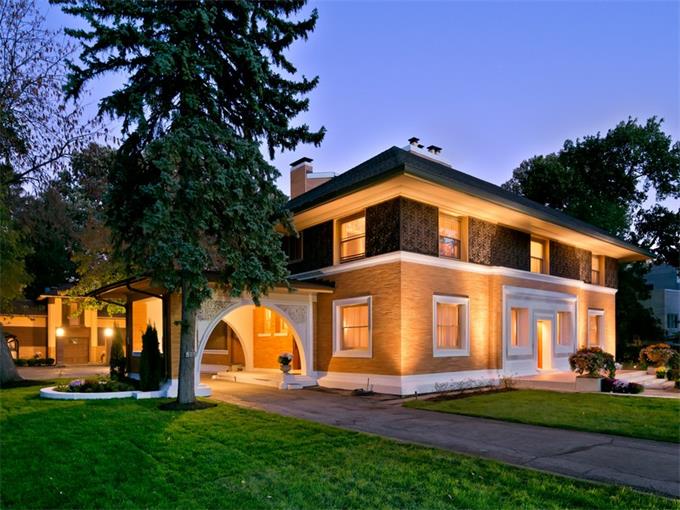 The Sothebys International Realty brand is one unlike any other. From continuously stretching the boundaries of our world famous white glove service to representing some of the top, most sought after properties that can even be dreamt about worldwide, the extent of our progression and influence is truly endless. In fact, it was just yesterday when we reported that only this week was it just announced that the firm has now grown even further within the glorious State of Colorado, with the opening of Steamboat Sothebys International Realty in Steamboat Springs. Now, news has been released that we are the representatives for a superb listing, Frank Lloyd Wrights William Winslow House.

This property, specifically located at 515 Auvergne Place in River Forest, Illinois, was designed by Wright in 1893 and will be listed for the first time since way back in 1955. Listed for $2.4 Million, the property is listed with our affiliates at Jameson Sothebys International Realty, and it has not yet been publicly seen since it was featured in a home walk in 1979.

The current owner, Peter Walker, has noted how special it was to grow up in this privileged household since his family purchased it back in the 1950s. Even as a young kid, I think we knew it was something exotic, something different. My parents, they were in the generation where [entertaining] is all they did. There were a lot of places to sit and have conversations. Indeed it was something different and unique, and indeed it still is today. The home was even placed in the National Register of Historic Places in 1970, and it represents Wrights first ever independent commission after leaving the architectural firm, Louis Sullivan.

Barbara Gordon of the Chicago Architecture Foundation points out that, Its a building that shows a transitional work before his {Wrights] Prairie style, and after he left working for Louis Sullivan. It has features in it reminiscent of Sullivan, in terms of planning and in terms of ornamentation. But its pretty symmetrical on the front facade of the building with a central doorway, which was unusual for Wright. It brings your eyes back to the ground level so it emphasizes the horizontality of the overall building, and it in particular links it to Wrights development to his Prairie style.

Undoubtedly a home unlike any other, Frank Lloyd Wrights masterpiece is sure to attract a great deal of interest. So whether it be you, or someone you know who may be potentially interested in this spectacular address in Illinois, or whether any other global property may interest you, do not hesitate to contact us about it here at Gibson Sothebys International Realty. Our brand, backed by our exceptional referral system, marketing department and more, reaches roughly 680 offices worldwide within 49 countries and territories. Let our close-knit network ensure that your dream property, whether it be near or far, becomes a reality in 2014.