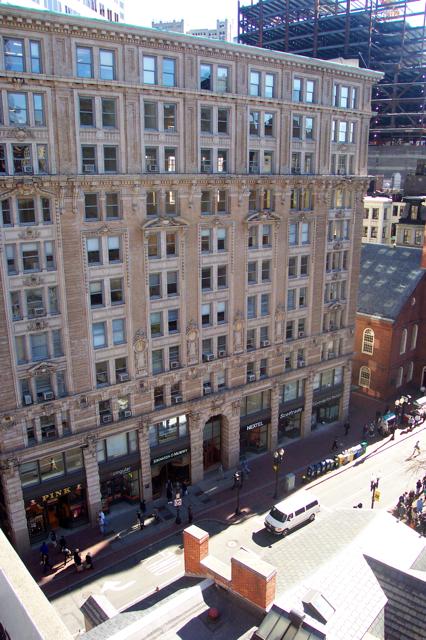 The real estate industry keeps building upon previous successes in an array of ways. From there seemingly being new developments ready to be constructed, to a relentless sales market where both the amount of transactions and prices are still up, to even the commercial sector, much is to be optimistic and proud about. It was the latter that recently made headlines as 1-3 Center Plaza in Bostons Government Center sold for a lofty $307 Million. Now, nearby at 10 Milk Street, an 11-story office and retail tower in the Financial District has sold for $58 Million.

The new owners, Synergy Investments, has bought the building from Oasis Development Enterprises out of Lynn, Massachusetts. A 230,209 square foot Beaux Arts-Style landmark of a building, the new acquisition was also partnered with GreenOak Real Estate, a real estate investment manager based out of New York. What happened is Oasis defaulted on their $58 Million loan originally issued by Merrill Lynch Mortgage Lending. It was back in 2004 when they purchased this gorgeous 111-year old building for $57 Million, and then refinanced it with Merrill Lynch just three years later when the building was then thought to be worth $80 Million.

The property was built in 1903 after being marvelously designed by A.H. Bowditch, and can be accessed along Milk Street and Washington Street. There is a lovely two-story lobby that was most recently renovated in 1989, while the classical and symmetrical Greek and Roman-inspired facade with cornices, triangular pediments, and columns have all been kept in good shape.

Some of the current tenants include well known firms such as Johnston & Murphy, Cosi, 7-Eleven, Partners Healthcare, the Trust for Public Land, Lawyers Weekly, Optaros, Razilabs, SiteSpect, and Code Red. With the commercial market continuing to develop in this new year be it from future buildings or the trading hands of current facilities, Synergy has actually been one of the most active investors in the Hub. Just last year they teamed up with DivcoWest to purchase two office buildings and a parking garage in Bostons booming Seaport District for $53 Million. They also purchased 11 Beacon Street, a 12-story office tower in the Financial District for $34.9 Million. Finally, Synergy added Two Oliver for $52 Million, 441 Stuart Street in the Back Bay for $40 Million, 250-260 Summer Street in the Seaport District for $25 Million, and the InterContinental Garage along the Boston Waterfront for $15 Million. It is certainly safe to say that these individuals believe in the future of Boston, and given all of our success stories in the economy and real estate industry over the past two years, who wouldnt.