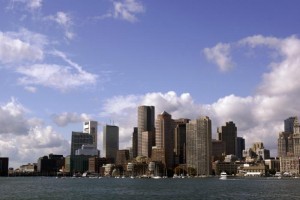 Some cities that Boston is up against include Los Angeles, San Francisco, and Washington D.C. Each of these cities offer different strengths and experts believe that Boston would not benefit from the Olympics as much as other cities due to the fact that it is significantly developed already in terms of its economy. Erin Murphy Rafferty, Boston 2024 Executive Vice President said otherwise, We believe Boston would benefit in the form of new housing, improved infrastructure, smart urban planning, new green space and much-needed transportation upgrades.

There is a list of key features that makes a city stand out to the Olympic Committee. Land is extremely valuable, and location is crucial. The host city is required to have big stadiums, one with at least 100 acres of property, an abundance of playing fields approximately of 30-35 acres, a large Olympic Village of no less than 100 acres to accommodate all athletes and trainers, and multiple media facilities.

There have been no finalized plans for facilities and venues yet in Boston, but according to John Fish, the CEO of Suffolk Construction and chairman of the Boston 2024 committee, there has been talk about the TD Garden, Gillette Stadium, the Boston Convention and Exhibition Center, and Boston Common as venues. There has also been talk of building a temporary Olympic Stadium in South Boston.

White elephants, a term used to describe venues that fall out of use after the games but are still costly to maintain, can be eliminated by the building of these temporary stadiums. The last time the Summer Olympics were held in the United States was 18 years ago in Atlanta, Georgia, where temporary buildings were utilized copiously resulting in a growing population for the first time in decades.

Hosting the Olympics is also known to put cities on the map and can be extremely beneficial to the local real estate market. A study done on the 2011 Olympics held in London displayed that residential property prices adjacent to the main stadium went up about $300 a week just from the time the games were announced that they would be hosted there. Prices that people were paying to rent for one night was equivalent to what you would pay on average for a whole month. Homeowners near the main Olympic stadium also saw the value of their properties increase by an average of $94,000 during the short time-span of the Olympic games.

The long-term effects that hosting the Olympics in Boston is unpredictable but in the past has proven to be beneficial in the United States. Property values rise, neighborhoods are improved, and people rediscover areas, thus finding city life far more appealing.