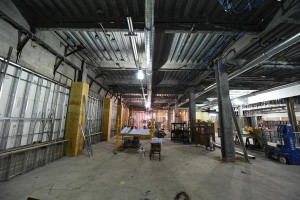 Boston has hit the ground running according to Mayor Marty Walsh on the recent building boom taken place throughout the city in 2014. During a speech to the Greater Boston Chamber of Commerce Walsh highlighted the sheer volume of work underway in the city. He stated that by December 31, $4 billion worth of new construction will have broken ground; a number that is up an outstanding 16.4 percent from the year before.

Also, a total of 7.5 million square feet of space will have been added. Housing units are on track to meet a target of 53,000 units by 2030 with 3,859 currently under construction. These developments supported an outstanding 12,000 construction jobs this year.

Walsh also stated that the Boston Redevelopment Authority approved an additional $3.7 billion worth of development this year which is expected to add 10 million square feet of space, 4,700 housing units and 11,000 construction jobs. Mayor Walsh is satisfied with these numbers but does not plan to see a break in building, Were proud of these resultswe are going to reach even higher next year. It looks as though the future of Boston real estate will continue to evolve and improve for years to come.