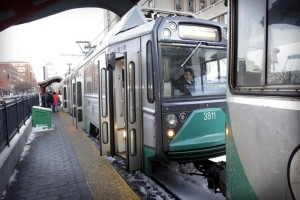 Home prices of neighborhoods in Somerville and Medford that have once been overlooked are expected to soar in the next few years as the Green Line adds a multi-billion-dollar extension.

With years of planning and construction still ahead, the long anticipated extension of the Green Line from Lechmere to Union Square in Somerville and College Avenue in Medford will be running sometime in 2017. Stops will be open in Ball Square and Lowell Street of Somervilles Magoun Square, Gilman Square and a connection up to Union Square.

Desire for real estate along these new routes has grown significantly. It has been noted that real estate investors and homebuyers have been hungry to have access to some of the neighborhoods along the new route like Magoun Square and Winter Hill of Somerville. Long time real estate agents of Somerville have noted that prices seen in these areas have been outstanding. Although Magoun Square and Winter Hill do have bus services, benefits of T services cannot be compared.

Recently, homes in Somerville have sold for far more than $600,000, thus showing how much progression is occurring in this market.

David Begelfer, chief executive of NAIOP Massachusetts, a company that represents developers across the state, noted that the neighborhoods around this planned route of extension have become a main focus for developers. They are looking to build new apartment and condo buildings as soon as possible.

Real estate booms have been known to follow T line construction and expansion in the past as well. For example, the transformation of neighborhoods caused by the Red Line extension in the mid-1980s was spectacular, and we can expect to see the same positive results in the Somerville and Medford areas. Mass transit is a key element of economic growth and will add incredible value to the surrounding communities.