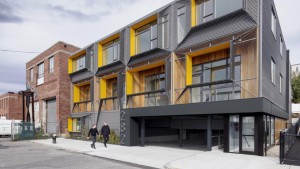 Boston is in the midst of one of its largest building booms throughout the entire city. With this, Mayor Martin J. Walsh is encouraging developers to create bolder and more innovative architecture for projects to come in 2015. Recently, Walsh spoke to an audience at the Boston Chamber of Commerce announcing that he wants to see these new developments adding to the structural design of the city. He stated, Boston can do better, calling the design merely functional as some of the buildings have been described boxy and bland despite Bostons historical factor.

Walsh is urging developers who are part of this boom to reach beyond their comfort zone designing buildings that reflect Bostons culture of innovation. His message certainly caught and kept the attention of many developers. He hopes to see collaboration with designers crafting plans that not only add to inventory but to the skyline as well.

Boston is seeing these new luxury buildings being built and although designing sleek and unique construction can be costly, developers are willing to take that risk. In Boston, Cesar Pelli, a renowned architect designed a bold glass tower for a local investment groups project at One Congress adding an exceptional design to the building.

The talent is here. Its been here, said Elizabeth Whittaker, founder of Merge Architects. And more and more of it will stay here if emerging architects begin to trust that they will be able to engage in more contemporary work in the city. Whittaker has opened the eyes to many developers with her recent designs such as the Marginal Street Lofts in East Boston.

Tim Love, principal of Hub architecture firm Utile and president of the Boston Society of Architects whose firm has completed innovative projects recently in South Boston stated, We also need to change some of the industry standards on floor-plate sizes, elevator cores and corridors that constrict better design. He suggested that the developing firms of these bigger projects hold design competitions adding members to their team who will bring edge and fresh ideas to the cities design.

The innovative design that Mayor Walsh is seeking is possible here in the Hub. The plan to build beautiful 21st century architecture is in progress as developers collaborate with designers. Considering many developers do not have a background in design, this collaboration will bring new ideas and strong vivid designs to Bostons style.