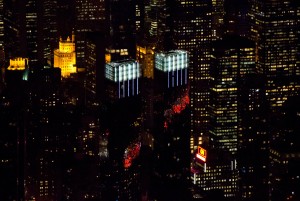 Foreign wealth has been flowing into elite New York Real Estate. These buyers are not ordinary in the fact that they present themselves rather they keep their identity hidden shielding their names with a shell company when making a purchase.

Many of these foreign buyers have been the subject of government inquiries around the world including Russia, Colombia, Malaysia, China, Kazakhstan and Mexico. Other mysterious owners represent American wealth many of which being chief executives, celebrities, doctors, lawyers, technology entrepreneurs, and Wall Street traders.

According to data from First American Data Tree analyzed by The Times, in recent years across the United States, nearly half the residential purchases of over $5 million were made by shell companies rather than named people.

Shell company ownership is not easily coded. In order to try and unravel who the true owners were in the Time Warner Center, the Times searched businesses and court records from more than 20 countries, interviewed dozens of people, and examined hundreds of property records trying to connect the dots. This process took over a year when successful yet some owners behind these shell companies were nearly impossible to establish with certainty.

In most cases shell companies can be registered in the names of accountants, lawyers, and relatives often with the purchase being made by not only an individual but on behalf of groups of investors or numerous family members. On many deeds, the line for the buyers signature is left blank, is illegible or is signed by a lawyer or other representative. 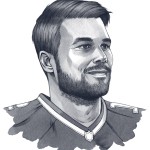 Quarter back of the New England Patriots, Tom Brady, is behind the trust Courage Under Fire who bought a condo on the 74th floor of the Time Warner Center. Some of the owners have been identified as billionaires on Forbes magazines annual list of worlds richest people, 17 exactly, the worlds leading art collectors, five exactly, and former chief executives of major companies, eight exactly.

What is it like to live in New York Citys elite real estate such as the Time Warner Center? It has been reported that these buildings are very secretive and close guarded. With multiple entrances to the building, there are no door buzzers or mail slots with residents names. You are unlikely to bump into neighbors wandering the halls because only about a third of the owners live there at any one time, according to people familiar with their comings and goings. The buildings annual holiday party is said to be a lonely affair.

Names of each unit owner does not need to be listed in order to access the building. The building has a book listing names of those associated with units but they follow protocols that facilitate anonymity. Owners could walk alongside someone whose name is in the book or enter through the shops or the hotel if they are cleared to visit. A former manager stated that owners could be easily obscured from their view.

There has been heavy speculation on shell companies buying into real estate here in the United States not knowing who the actual buyer is. But as Mayor Michael R. Bloomberg stated, If we could get every billionaire around the world to move here, it would be a godsend.