The Boston Redevelopment Authority has approved five major proposals throughout South Boston, East Boston, Brighton, Dorchester, and Charlestown. The Board of Directors approved a total of $131 million for these new developments which will include approximately 140 housing units.

According to the BRA, several of the proposals on the agenda involve adaptive reuses of existing buildings including the former Gate of Heaven School in South Boston, the Boston Teachers Union in Dorchester, and a historic building in the Charlestown Navy Yard. 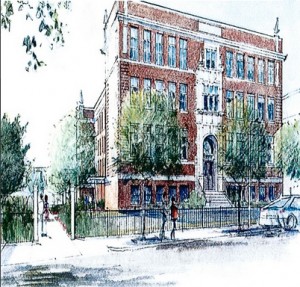 The Former Gate of Heaven School in South Boston will be redeveloped into 26 condominium units, with a mix of one-, two, and three-bedroom residences when complete. There will also be 40 on-site parking spaces. The developer hopes to begin renovations of the existing facade in the fall being sure to preserve the historical details of the building. With a total of 33,238 square feet and project cost of $7,350,000 the developer has set a goal of completion for within a year. 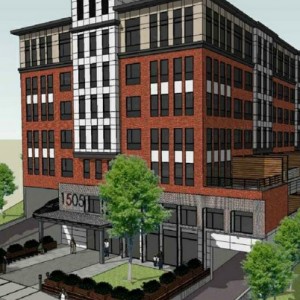 In Brighton a project anticipated to begin in the third quarter of this year will transform an underutilized five-story office building into 80 new apartments totaling a project cost of $9 million. Located at 1505 Commonwealth Avenue this project encompasses 67,000 square feet and is expected to offer a mix of studios, one-and two-bedroom units, one-bedroom lofts. There will be 80 on-site parking spaces for residents as well as a landscaped plaza that opens onto Commonwealth Ave. 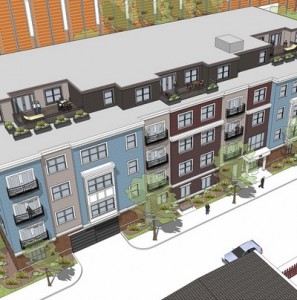 Just a short distance from the East Boston Greenway and Maverick Square MBTA Station in Jeffries Point what was once the site of a gas station will be redeveloped into 33 units of housing. Located at 320 Maverick Street in East Boston, the project with a total cost of $7 million and 36,275 square feet will contain a mix of one-and two-bedroom units along with 32 on-site parking spaces. 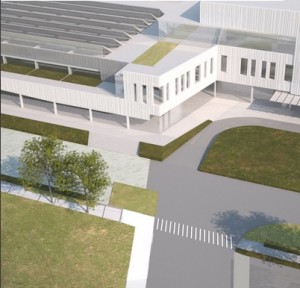 In Dorchesters Columbia Point, the Boston Teachers Union will replace its existing headquarters with a brand new building and parking structure as part of a two-phase project. With a total cost of $23 million for the total project the two phases will encompass 52,469 square feet. The first phase will include demolition of the existing building, and construction of a new three-story building supported by 135 surface parking spaces. The second phase will include a 300-space, two-story parking facility. 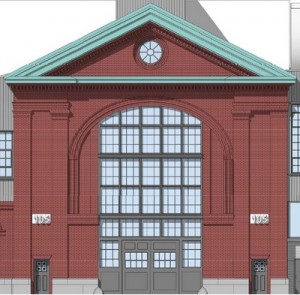 In Charlestowns Navy Yard, the Chain Forge Building (also known as Building 105), will be redeveloped into a 230-key limited service and extended stay hotel with 6,000 square feet of restaurant space. The project will cost $85 million in total and will encompass 180,000 square feet. The developer plans to construct within the existing footprint of the vacant building constructing several interior floors as well as an additional floor on one side of the property. With the help of a valet parking service, the hotel will manage roughly 200 off-site parking spaces for guests.

In total these projects will create approximately 140 new units of housing and a total of 500 construction jobs throughout South Boston, Brighton, East Boston, Dorchester, and Charlestown.