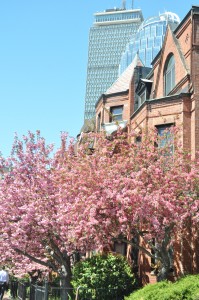 According to MAR single-family home sales in Massachusetts as a whole were down less than one percent compared to February of last year. A shortage of homes for sale caused an increase of single-family prices. In the condominium market sales were down while prices were up less than one and a half percent.

Being down less than one percent from last year is positive because we continued to be plagued by low inventory, said 2015 MAR President Corinne Fitzgerald. Because February was fraught with so many storms, sellers have been holding off putting their homes on the market. This should translate into a very active spring, which will be good for the economy and the real estate community as a whole.

In Boston buyer demand remained historically strong in February as low mortgage rates, less stringent credit standards, and gains in both the labor and stock markets spurred activity during the early winter and holiday period, according to the data issued by GBAR.

Sales of detached single-family homes rose 5 percent on an annual basis from 520 homes closed last February to 546 in February 2015. Thats the second highest February sales total in Boston for the past eight years (equaling sales volume for Feb. 2013) and tenth best on record. Additionally, it was the eighth busiest February on record for condominium sales, even though the number of closings slipped a modest 1.8 percent over the past 12 months from 450 in February 2014 to 442 this February.

Up until the first blizzard in late January, we were enjoying a busier than normal winter season, noted GBAR President David McCarthy. Certainly, the snow and ice made it more difficult to list and show property, but the buyers still kept coming out. Its the lack of listings more than the weather that was the most frustrating and bigger roadblock to sales during February, he stated.

Both single-family and condominium inventories fell in the Boston market for the month of February putting upward pressure on prices. Because the weather caused many sellers to withhold their property consumers are confident and eager to buy according to David McCarthy. This pent up demand is sure to cause a surge of sales this spring market as owners are better able to ready their homes for sale.