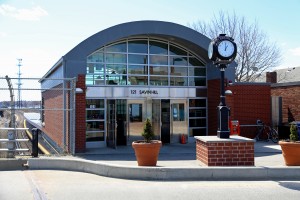 The neighborhoods surrounding Dorchesters MBTA stations are on the cusp of transformation according to the Boston Globe. New housing, shopping options, and broader economic growth are all of the buzz throughout these Dorchester neighborhoods.

Currently more than 275 apartments are under construction neighboring the JFK/UMass Red Line station and nearby on Mount Vernon Street another 184-unit building is in the works.

Growth does not stop there for Dorchester! At the next southbound stop, Savin Hill, there is a proposal for 375 new homes and a 60,000 square foot cluster of restaurants and stores. Between the Red Line and Fairmount Commuter Rail other apartments, stores, hotels and a 65,000 square foot cinema are being pitched. Lastly, at Ashmont Station another rental and retail building will be added in 2016.

This is a huge opportunity, said Richard Taylor, director of the Center for Real Estate at Suffolk University. You get a lot of ripple effects from this kind of development. It increases residential density, you have more arts and entertainment, and it injects more income to support local retail.

As a result of a historically strong market, developers are now able to finance large-scale projects in parts of the city that were once skipped over during prior building booms. The Boston Globe reported that, Over the next few years, developers could add more than 1,400 homes near Dorchester transit stops, including two-bedroom condominiums priced under $450,000 and apartments renting for hundreds of dollars less than comparable units downtown.

A few current projects under review by the Boston Redevelopment Authority include DotBlock, a 4-acre site which will include a mix of small-scale condos and larger apartment complexes. DotBlock is predicted to include up to 375 housing units, stores, restaurants and a parking garage projected to see construction early next year.

Meanwhile next to to the South Bay shopping complex (less than a half-mile from Andrew Station and adjacent to several bus lines as well as the Newmarket Station on the Fairmount Line) there has been a proposed 500 residences, along with a hotel, smaller stores, restaurants and a new cinema.

Other large projects include 278 apartments next to the JFK/UMass stop as well as an 84-unit condo and apartment building near Ashmont Station.