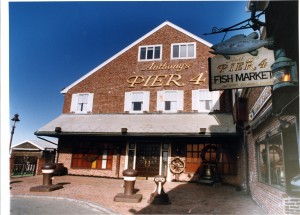 There was a time when Anthonys Pier 4 was the biggest reason people traveled to Seaport as it was one of the top-grossing restaurants in the nation. Soon, a nine-story luxury condominium building, a one-acre park and a 13-story office building will be the new reason for travel.

The luxury condominium building will rise from the site surrounding this iconic restaurant that recently closed its doors in 2013. Developer, Tishman Speyer, plans to construct the building to be curved toensure that the views of the skyline will be maximized.

Co-chief executive, Rob Speyer, stated, Our company wants to create a project that will bring new residents and new business to the new neighborhood. Our goal at Pier 4 is to create the brightest jewel of the Boston waterfront. This will be a project entirely worthy of one of the worlds great cities.

Pending the citys approval, construction will begin no later than the end of the year in hopes that the condo project will be completed in 2018. No price tags have been placed on the units at this time although it has been noted that neighboring luxury buildings priced in the millions sold out quickly.

At the end of the pier the one-acre park and a plaza will sit on the exact site of Anthonys Pier 4 which will be demolished sometime next spring. This park is set to preserve public access to the waterfront and allow the developer to command premium prices for condos with uninterrupted water views, said Vivien Li, president of the Boston Harbor Association.

Tishman Speyer is partnering with two of Chinas largest insurance companies on this project. Both of these companies are making their first investment in U.S commercial real estate and as a result is the largest Chinese investment YET in Boston real estate!