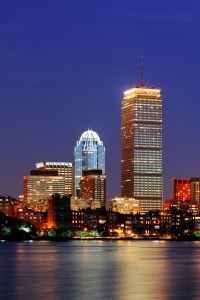 According to the Boston Globe, compared to all other major U.S cities, Boston boasts the highest number of people ages 20 to 34. The same thing can be said of surrounding towns of close proximity including Cambridge and Somerville who have an even higher percentage of millennials. Employment opportunities, nightclubs and bars coupled with the availability of public transportation continues to make this hub alluring to the younger working generation.

A trend of millennials expanding their territory not only in Boston but to the surrounding areas has increased significantly. The US Census Bureau's American Community Survey and a Globe analysis of 158 cities and town in Greater Boston reported that 43% of Somerville's population arein the age range of 20-34. The report also stated thatthe highest concentration of millennials are in Waltham at 31% and Medford and Brookline at 29%. Meanwhile, to the South Quincy has the highest concentration of these young adults who make up 27% of its residents.

A University of Massachusetts Professor, Robert Forrant, commented on young people and their train of thought by saying, They look at where the jobs are and what the amenities are, and theyre making good choices to where they want to end up. And at the same time, a lot of communities are trying to revive their housing markets and are recognizing that market potential.

Cities such as Medford and Melrose are adapting to this demographic as new residential units are being developed in these areas to service them better. Within the past 7 years, Medford has seen an addition of 900 residential units while Melrose has recently built three luxury apartment complexes. Both of these areas are minutes to public transportation. The vice president of a local property management company responsible for one of the new luxury apartment complexes in Melrose noted that they are getting more renters from Cambridge and Somerville who are looking for a less urban, more outdoorsy feel as well as a boutique building.

Boston remains to be a highly desirable area for the millennial generation and forever will be. However, the surrounding areas that have a suburban feel are increasingly becoming more and more popular for this demographic because of thenumber ofopportunities they are presented with.