Board members of the Boston Redevelopment Authority met once again on the 17th of September to approve 130 housing units in the Allston-Brighton area as well as Roxbury. The developments are estimated to cost $47 million and will create 130 construction jobs for local construction firms.

The approved projects include: 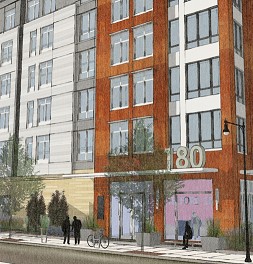 Construction has begun on the second phase ofCharlesview, the Town Homes at Brighton Mills. Earlier this year, they completed the first phase of redevelopment in Brighton Mills with 20 homes for mixed-income families. As of last week, the organization was approved to construct their next phase on the corner of Telford Street and Western Avenue, Allston/Brighton.

Currently, there are three vacant buildings on the premises which will be demolished to make way for the upcoming 88 units. The area will also have a public plaza in the front, a large courtyard for residents, 4600SF of amenity space, and a rowing room. Additionally, the living area will have 84 parking spaces and an on-site bicycle storage. The total project cost is estimated to be about $35 million. 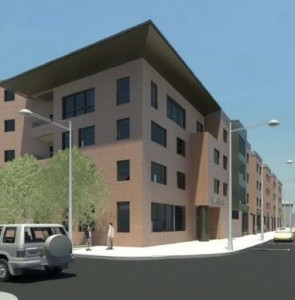 A four-story, mixed-use building has been approved on Blue Hill Avenue in Roxbury. This project, name The Clarion, will revitalize several vacant plots with 40 units of affordable housing and 6000SF of retail space. The building will have 38 units of one- and two- bedroom apartments, and there will be two family homes that will have two- and three- bedroom units. 32 of the 40 units are deeded as affordable units according to the city, and the rest of the 8 will be available for rent at market price.The project totals to $12 million and will begin this fallwith hopes of completion in the winter of2016.