In just 26 hours Sothebys sold$726.7 million at their Impressionist and modern art evening sale in New York. The lot included masterpieces by Pablo Picasso and Vincent Van Gogh that sold for $67.5 million and $54 million, respectively. A total of forty-seven lots were offered in the trade. Thissemiannual sale kicked off a ten-day auction. It was the first big test in the art trade business since the stock market revision in August and September, and it did not fail to raise confidence in art buyers.

La Gommeuse The most expensive work to be sold was Picassos La Gommeuse from billionaire owner, William Koch. The piece itself fetched $67.5 million from the estimated$60 million to a Zurich-based art dealer, Doris Ammann. Picassos masterpiece was created at the start of his Blue Period in 1901. It depicts a nude cabaret dancer with a pale face, red lips, and black curls. On the back of the canvas lies a second painting- a caricature of Picassos friend Pere Manach. 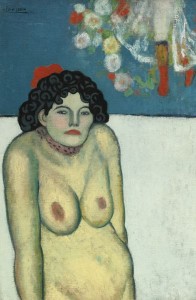 The painting was originally bought in 1984 for $1.7 million at Sothebys in London. Additionally, Koch sold his Claude Monets 1908 Nympheas for $33.9 million- tallying the sale to about $100 million, a third of the nights sales.

Wild Flowers The second-priciest piece of the night was Vincent van Goghs "Paysage Sous Un Ciel Mouvement", a landscape piece of wild flowers under billowing clouds. This masterpiece took in $54 million from an estimated $50 - $70 million. On a surprising note, only one bidder wanted the piece. It came as a surprise to Impressionist specialists that night. 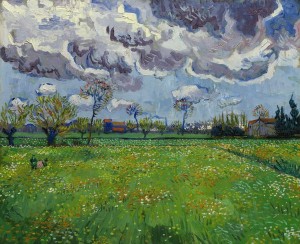 These two works are just a sample of items for auction. For moreitems on Auction visit Sotheby's.com.